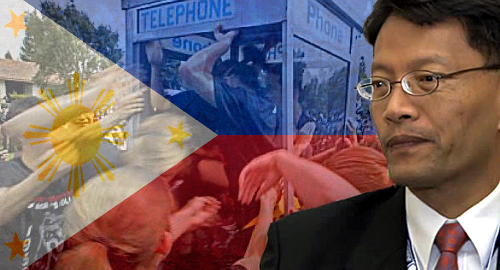 In an interview with Forbes’ Muhammad Cohen, iGamiX Management & Consulting’s managing partner Ben Lee said his group didn’t believe the Philippines gaming market was “large enough to sustain four major operators” and that the resulting competition “will become extremely fierce to the point where profitability will be significantly impacted.”

The City of Dreams Manila casino was the star performer in Melco Resorts & Entertainment’s Q1 earnings report, posting strong gaming revenue growth and even earning a modest profit. Many analysts have attributed this turnaround to the Philippines’ warming relationship with China leading to an influx of Chinese gamblers, but iGamiX’s Lee begs to differ.

As for Chinese VIP gamblers, their presence in Philippine casinos tends to be limited to proxy betting, which got a further boost when Macau casinos banned the practice last year. “If you were to look into the [Manila] VIP rooms, you will see uniformed phone jockeys talking into their headsets to clients based overseas.” But Lee says even this thriving sector “carries tremendous risks for all.”

City of Dreams Manila is one of four major gaming venues in the Philippine capital, along with Travellers International’s Resorts World Manila, Bloomberry’s Solaire Resort & Casino, and Universal Entertainment’s Okada Manila, which had its soft opening last December. A fifth resort, Travellers International’s West Side City Resorts World, is tipped to open in Entertainment City sometime next decade, while Bloomberry is planning another property in Quezon City.

Travellers has repeatedly pushed back the opening of its Entertainment City project, and Lee believes the company may be having second thoughts about investing “another $1b in an already crowded market.” Lee suggested it would be prudent for Travellers “to stall as long as they can and eventually perhaps build a small [gaming] property with a large retail estate for sale.”

Lee also cast doubt on the Philippine government’s plans to privatize the casino operations of the Philippine Amusement and Gaming Corporation (PAGCOR). Lee noted that multiple administrations had mulled transitioning PAGCOR to a purely regulatory function but ultimately backed away from these plans.

Lee suggested that the Philippine government was too reliant on the revenue generated by PAGCOR’s casino operations to divest itself of this cash cow. In fact, Lee believes PAGCOR plans to “expand their casinos right around Manila, as well as in the provinces.” This will reclaim some of the local market that has been lost to the Entertainment City resorts and further “undermine the attractiveness of investing in large scale developments.”

Lee’s view of the Philippine market may be in the minority, but it’s shared by MGM Resorts, with one senior MGM exec recently stating that the company had opted not to pursue a Philippine project based on doubts about the market’s ability to grow.