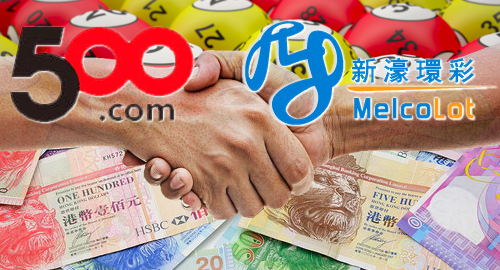 On Monday, the Shenzhen-based, Nasdaq-listed 500.com announced that it had reached a share purchase agreement with Melco LottVentures Holdings Ltd, a subsidiary of Melco International Development, to acquire roughly 40.65% of MelcoLot’s issued share capital. The total consideration of the deal is roughly HKD 322.2m (US $41.3m).

MelcoLot’s primary reason for being is as a distributor of retail lottery terminals for China’s official welfare and sports lotteries. The company is part of the Melco family of businesses (Melco International, Melco Resorts & Entertainment, etc.) controlled by Macau billionaire Lawrence Ho.

Until a couple years ago, 500.com was one of two companies that Beijing had approved to take part in a pilot program of online lottery sales. But Beijing ‘temporarily’ suspended online sales in March 2015, and ever since, 500.com hasn’t earned a dime from the lottery business, prompting the need to find some other reason for existing until Beijing changes its mind.

In December 2015, 500.com sought to diversify its business model by acquiring an online payment processor, but re-sold the business for a tidy profit after only about six months. Last November, 500.com acquired a social poker business, and last Friday, it acquired the parent company of Nordic-facing online lottery betting and casino operator Multilotto.com.