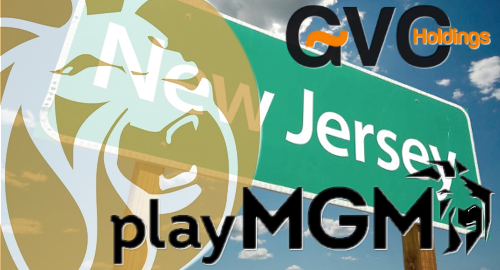 On Wednesday, MGM announced that it had struck a deal with GVC – the parent company of PartyPoker – to launch a New Jersey site under the playMGM brand, which the company currently uses for its Nevada-based mobile sportsbook product. The parties declined getting too specific on when this site might launch, saying only that it will appear “later this year.”

MGM operates Atlantic City’s market-leading Borgata Hotel Casino & Spa, for which GVC already provides online gambling technology under the Borgata brand. The Borgata had also been the state’s unquestioned online market leader until the Golden Nugget’s recent surge, which has seen the Borgata family of sites knocked back to second and occasionally as low as third.

MGM has a well-established free-play social casino product (myVEGAS) that the company claims has been a strong customer acquisition tool but the playMGM site will mark the first time the MGM brand will be directly associated with real-money online casino and poker games.

MGM chief operating officer Corey Sanders called the announcement “a historic moment” for the company. Sanders praised GVC as having already proved itself to be “a first-rate partner” in New Jersey’s online space and the parties are “excited about the possibilities of extending that partnership as regulated markets open up in the U.S.”

GVC’s chief operating officer Shay Segev duly returned Sanders’ praise, calling MGM “quite simply one of the biggest and best names in the business, and we look forward to working with them for many years to come.”

In 2015, myVEGAS added the Borgata to its myREWARDS program, allowing players to generate online points that can be redeemed for real-world goods and services at the Borgata. The new playMGM will be similarly incorporated into MGM’s M Life Rewards program, which allows point redemption across MGM’s land-based resort business.