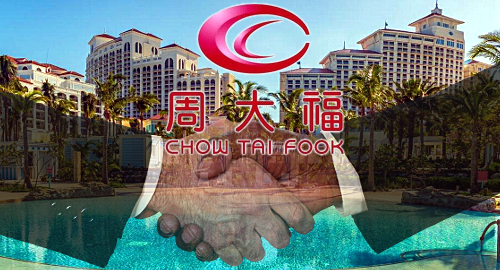 The government of the Bahamas has finally closed the sale of the $4.2b Baha Mar casino resort, albeit under highly favourable terms for the Hong Kong buyer.

Late last year, Chow Tai Fook Enterprises (CTFE) was named as the purchaser of the unfinished Baha Mar resort from the Chinese bankers that assumed control of the property following the Chapter 11 bankruptcy filing of its original developer, Sarkis Izmirlian’s Baha Mar Ltd.

But CTFE later announced that the deal wouldn’t be final until the property’s main contractor finished construction work on the project, leading to howls of protest from Izmirlian, who used the uncertainty to repeat his offer to reacquire Baha Mar and finish the job he started.

That ship has now officially sailed following Sunday’s announcement of the signing of a Heads of Agreement between CTFE and the Bahamian government. The deal, which was signed April 25, formalizes the earlier sale agreement and lays out each parties’ requirements to ensure the resort achieves its economic goals.

For starters, CTFE will pay an annual fee of $100k per 1,000-square-feet of casino floor space, as well as minimum tax of $4.3m on the first $20m of annual gaming revenue, plus 10% of gaming revenue above $20m. CTFE will not be responsible for the $10.75m in deferred casino taxes that resulted from Baha Mar Ltd’s liquidation.

CTFE will be granted up to 300 work permits for non-Bahamians in senior management positions or for workers with unique technical expertise. This allotment will fall to 200 permits after 18 months. In exchange, CTFE will be required to maintain a minimum 5,500-strong local workforce once all phases of the property are functioning.

The agreement guarantees CTFE exemptions from value-added tax (VAT) through December 31, 2019, plus a 10-year exemption from real property tax following the opening date of each phase of the development. The government has also agreed to ante up $4m per year for the next eight years to help market Baha Mar to international tourists.

Baha Mar had its ceremonial opening on April 21 but the property won’t begin accepting paying guests until May 29. The first of three planned hotels is currently awaiting guest arrivals, along with the property’s convention center, golf course and casino.