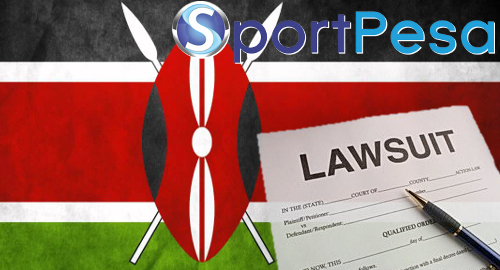 A company linked to sports betting operator SportPesa has mounted a legal challenge of Kenya’s plans to impose significant tax hikes on the gambling industry.

Late last month, Kenya Treasury Secretary Henry Rotich delivered the government’s 2017-18 budget proposal, which imposed a new uniform 50% tax on all gambling revenue. The nation’s growing legions of sports betting operators, who had been paying only 7.5% tax, were predictably outraged.

On Monday, Kenyan media reported that Bradley Limited Trading, the operator of the Pambazuka National Lottery, had filed a court challenge of the new gambling tax. Pevans East Africa Ltd, which owns SportPesa, holds a majority stake in Bradley. Before Rotich’s new budget, lottery operators had been paying only 5% tax on their revenue.

Bradley’s lawsuit targets Rotich, Interior Secretary Josephy Nkaissery, Attorney General Githu Muigai and the Betting Control and Licensing Board. The suit accuses Rotich of exceeding his constitutional authority because taxes and fees can only be imposed or varied through government legislation, not via administrative whims.

The suit further argues that gambling operators weren’t consulted before Rotich dropped his bombshell. Kenyan legislators had proposed an updated Betting, Lotteries and Gaming (Amendment) Bill that proposed far more modest tax increases (although still too high, according to the industry) but this bill never came up for a vote.

Following Rotich’s budget unveiling and the ensuing uproar, Kenya’s President Uhuru Kenyatta said the government chose to raise gambling taxes due to concerns “about the rise in betting, especially among our school-going children.” However, Uhuru added that it was “not [the government’s] intention to kill your industry or your sector. If indeed [taxes] are too high, we have a reasonable and responsible minister and parliament which can review it.”

Until Rotich delivered his new budget, Kenya’s gambling market had been enjoying significant growth and interest from bettors, attracting a steady influx of international online betting operators, including Betway and Dafabet. But public concerns had grown in tandem, particularly regarding the increasing numbers of illegal slot machines, which some Kenyan legislators blamed on Chinese operators.