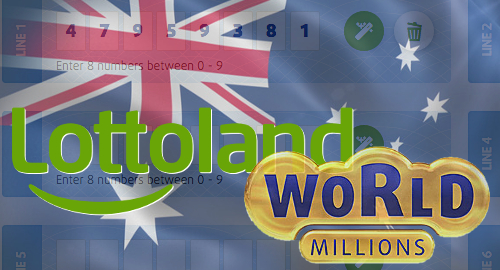 Lottery betting operator Lottoland is hoping to further disrupt the traditional lottery business with the introductions of a new mega-jackpot product while fending off attempts to lock the company out of certain markets.

This week, Lottoland unveiled WorldMillions, a new product it’s calling the “world’s first global lottery.” The twice-weekly contest had its first draw on Thursday with a potential top prize of £50m, while the weekly Sunday draws will offer a potential £100m payday.

WorldMillions avoids the usual ‘pick six’ (or seven) lottery format by requiring punters to select an eight-digit number between 00,000,000 and 99,999,999. No number can be sold twice, meaning jackpots won’t be shared, and numbers are sold on a first-come, first-served basis.

Lottoland says the odds of winning WorldMillions are one in 100m, “significantly better” odds than you have of winning a top prize in EuroMillions. Players can also stake fractions, i.e. one-tenth of a line bet to win one-tenth of the jackpot.

G’DAY AND GTFO
Players may welcome Lottoland’s disruptive presence but established lottery operators and their support networks are treating the company like an invasive species. In the UK, the government has responded to National Lottery operator Camelot’s complaints by opening a consultation on prohibiting third-party lottery betting firms like Lottoland.

Lottoland’s launch in Australia in January 2016 was such a success the company’s website crashed due to excessive traffic. The company has since signed up over 500k Aussie customers and captured roughly 1% of the national $2b lottery market.

Australia’s federal government is currently rewriting its national gambling laws and the ALNA wants the government to incorporate the stance of South Australia’s Independent Gambling Authority, which has banned Lottoland from selling its products to state residents.

Lottoland CEO Luke Brill denied being “the enemy of the newsagents,” telling News.com.au that Lottoland was “a competitor to them online and we just market ourselves in a different way to them. If we can find a way to cooperate with newsagents, we would be more than happy to do that.”

Brill also pushed back against suggestions that its Australian operations aren’t subject to the same regulatory scrutiny as local lottery operators. Lottoland holds a license issued by the Northern Territory Racing Commission and Brill said “the regulations around online gaming are actually more rigorous than they are around lottery.”