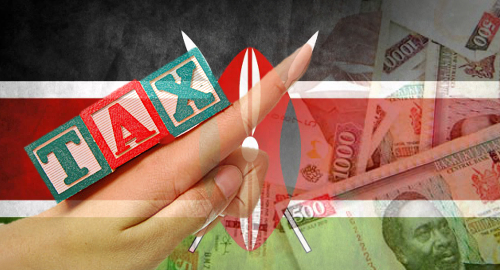 Kenya’s gambling industry is still coming to grips with Thursday’s government tax bombshell but the situation is actually even worse than it originally appeared.

On Thursday, Kenya’s government delivered its fiscal 2016-17 budget, which included a new uniform 50% tax on all gambling revenue. Betting operators, who had been paying only 7.5% tax, were understandably aghast.

But Steve Okello, a tax partner at PricewaterhouseCoopers, reminded Capital Business that operators were also on the hook for 30% corporation tax on their net income, which pushes their overall tax burden to an effective rate of around 70%.

Okello said the budget proposal was not only unfair but “in a way discriminatory, you know one industry is being picked out and heavily charged, while other industries are paying relatively lower taxes. Morally someone may try to question the sector, but the question one would ask is why this extreme discriminatory treatment.”

The government insisted the new tax rate is necessary to curb Kenyans’ rising interest in gambling but Okello pointed out that the government had declined to hike taxes on gambling winnings, and “if the gambler is not being impacted, he will continue gambling.”

PwC senior tax partner Rajesh Shah predicted that the new tax would encourage bettors to patronize non-Kenyan operators, because locally licensed bookmakers will have to price the effect of the new tax into the markets they offer local punters. Shah noted that when the government boosts the tax on alcohol, “people then go and drink things which are not hygienic.”

Shah suggested that the government’s proposal will likely be amended before passage of the Finance Act, which will lock in place gambling operators’ obligations. It’s possible that MP Jakoyo Midiwo’s earlier proposal for much more modest tax hikes may now find favor with operators who originally viewed even those increases as too severe.

SURVEY SAYS KENYAN YOUTH BETTING CRAZY
Meanwhile, supporters of the government’s tax plan are pointing to a GeoPoll youth survey conducted in March that suggests more than half (54%) of Kenyan youth have bet on sports, the highest rate in Sub-Saharan Africa.

The survey also found that, on average, Kenyan youth bet once a week compared to once a month in the other countries (Uganda, South Africa, Ghana, Nigeria and Tanzania). Not surprisingly, Kenyan youth also spent the most per month on betting (Sh5k/US $50) than other countries’ youth.

Nearly four-fifths (79%) of Kenyan youth bettors prefer wagering on football and 96% wager using their mobile phones, compared to an average of 75% in the other countries. Despite South Africa having the highest rate of mobile penetration in Africa, the country scored the lowest (48%) in mobile gambling activity.