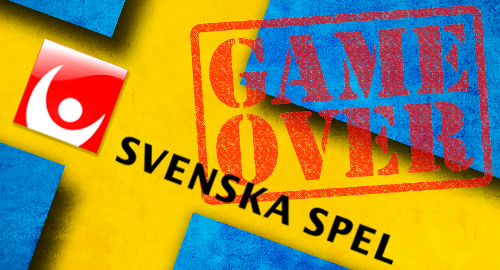 Sweden should scrap its state-owned online gambling monopoly and invite international operators to apply for licenses, a government-sponsored review will reportedly recommend.

On Wednesday, Reuters offered what it claimed was an early preview of the long-awaited review of Sweden’s gambling sector. The full report by the Lotteriinspektionen regulatory agency won’t be issued until Friday, but Reuters’ sources said the report will recommend ending the online monopoly of the state-owned Svenska Spel.

The report, which was led by Lotteriinspektionen general director Hakan Hallstedt, will also recommend that Swedish-licensed online operators pay a tax of 18% of their gross gaming revenue. While higher than most operators would likely prefer, it likely won’t deter too many online companies currently serving the grey market from pursuing a local license.

Svenska Spel won’t be totally gutted by the report, as the company’s casino and lottery monopolies are said to be unaffected. Some Swedish politicians have suggested it’s time to privatize Svenska Spel, and retaining some of its monopoly interests will undoubtedly fetch the government a higher sale price.

Sweden began the review of its gambling sector in 2015, one year after the European Commission announced that it was taking the country to the European Union’s top court. Sweden previously claimed that its online monopoly was justified under the guise of consumer protection, despite Svenska Spel routinely pummeling Swedish punters with gambling promos.

Sweden’s government ultimately bowed to the EC pressure, as well as the realization that Swedish punters have long preferred wagering with international sites, which offer a broader variety of gaming options and better prices.

There’s no shortage of internationally licensed operators with Swedish roots – including Betsson, Cherry, the Kindred Group and Mr Green – who would obviously welcome the opportunity to acquire a local license, if only to end the perpetual squabbling about the right to advertise with Swedish media outlets and sponsor local sports teams and events.

The changes will take a while to kick in. A period of industry consultation is expected to follow Friday’s report and final legislation may not arrive until December. Whatever legislation emerges from this process, it needs to be approved before September 2018, when the country holds its next general election.