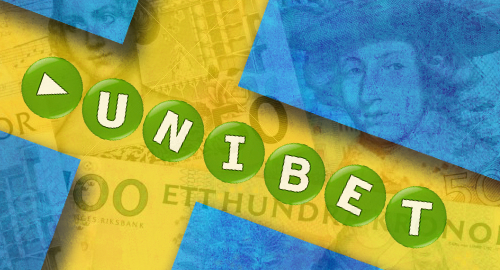 Gambling companies were among the top spenders in Sweden’s advertising market in 2016, despite lingering controversy over their access to the airwaves.

In terms of television advertising spending, Malta-licensed online operator Unibet topped all gambling operators with an outlay of SEK 270m (US $30m), ranking fourth overall in terms of all industries and accounting for 1.5% of all TV marketing. Svenska Spel ranked fifth on the TV chart with a total spend of just under SEK 243m.

The data is in keeping with previous figures covering the first half of 2016, which showed gambling companies accounting for 10% of all Swedish TV advertising spending, up from 3% in 2013. Unibet also ranked highest among its gambling peers on the H1 chart.

In the category of ‘local TV,’ Malta-licensed Casinoheroes.com was the sole gambling operator to make 2016’s top-10, placing sixth with SEK 57.2m, accounting for roughly 2.3% of all local TV ad money.

In terms of radio advertising, Svenska Spel dramatically outspent its international rivals, ranking second overall with an outlay of SEK 30m. Unibet was the only other gambling operator to make radio’s top-10, spending SEK 17.3m.

LeoVegas was the only operator to make the ‘mobile’ advertising chart, and only just, ranking 10th with a total spend of SEK 17.6m. No gambling operators appeared in the categories of cinema, unaddressed direct mail, rural press, ‘internet’ and outdoor advertising.

Sweden is expected to update the industry in March regarding its plan to liberalize its gambling market. These changes are expected to include curbs on the ability of operators not holding a new Swedish license to advertise via Swedish media outlets, a change those outlets aren’t eager to implement, for obvious reasons.