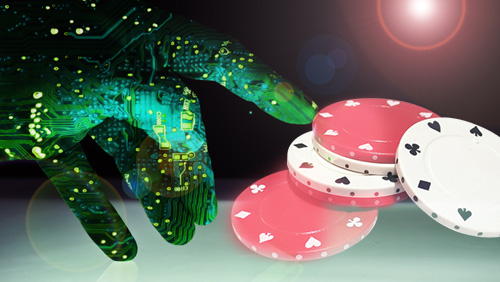 Kindred Futures – the innovative arm of the Kindred Group – are keen on using Artificial Intelligence to spot problem gamblers before they even develop a problem.


In February, Artificial Intelligence (AI) beat four of the best heads-up no-limit hold’em poker experts in the world leading Will Mace of Kindred Futures to question the role of AI in the gambling industry’s future.

The article (which can be read here) was a series of musings created after Mace had read The Perfect Bet by Adam Kucharski, an investigative piece of literature that looked at how science and math are taking the luck out of gambling.

At the end of Mace’s meanderings, he left us with the promise that he would be ‘conducting a few experiments’ to test if AI models would be better at picking the winner in the 3:30 at Kempton, or whether they would have spotted Leicester City’s potential to win the Premier League. But this morning, I have learned that Mace and his team, are looking into the use of AI in a radically different way.

In a LinkedIn article, Mace talked about a recent pow-wow the Kindred Group held in conjunction with Karmarama and The Friday Club. Some of the brightest sparks in the UK met to determine if AI could be used not to detect the winners in the gambling industry but the losers.

The brainstorming session including some of the leading academics, technology experts, addiction specialists, and Kindred’s responsible gambling experts, to see if AI had the capacity to pinpoint specific gambling patterns that could wheedle out potential problem gamblers before they ever developed a problem.

According to the article, detecting the early signs in a problem gambler is key, and there doesn’t appear to be a human solution to a problem that works as effectively as it could, and AI could offer an improved solution in this area.

The group also noted that the way people gamble today is vastly different from say five years ago, making a model based on historical data unreliable. There were other critical factors that humans struggle to take into consideration. For example, considering the unreliability of self-exclusion data, and the problem of tracking gamblers who use multiple gambling companies, promoting the need for an industry-wide intervention. The vast depth of AI could help improve these areas.

There are incredible benefits to be taken from this experiment both socially and commercially, and it’s good to read that it’s only the beginning of further discussions on how to use AI alongside human assessment to help reduce problem gambling.

We reached out to Will Mace to talk more on this issue and will be bringing you the results of that interview in due course.