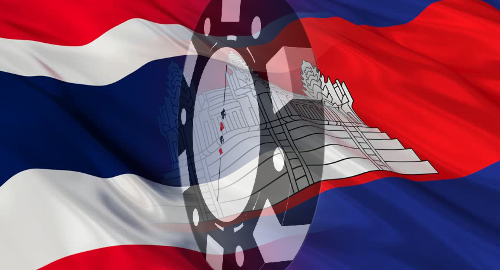 The Nation reported that Veera was arrested a week ago for violating the Computer Crime Act, an action that Veera blamed on an earlier post in which he alleged that former Thai politician Newin Chidchob, who remains influential in Buriram province, was involved in the casino’s development.

Newin, who is chairman of the Buriram United Football Club, filed a complaint with the police following Veera’s original post, and Veera’s subsequent posts on the subject omitted Newin’s name, instead making veiled references to Cambodian political aides.

In response, the Parks Department issued a statement on Monday saying it had studied the official park map and determined that the casino is located 300 meters from the Thai border, i.e. the venue resides wholly in Cambodia.

Veera is no stranger to cross-border controversy, having been convicted on espionage charges in 2011 for unlawfully entering a Cambodian military zone to inspect a temple that has been the subject of a long-running ownership dispute between the two countries. Originally sentenced to serve eight years in a Cambodian prison, Veera was released later that year after receiving a royal pardon.

Cambodia currently has around 65 functioning casinos, most of which are situated in special economic zones dotting the borders with Vietnam and Thailand. The numerous casinos in the town of Poipet in particular depend on a steady stream of gamblers from Thailand, where casinos are illegal.