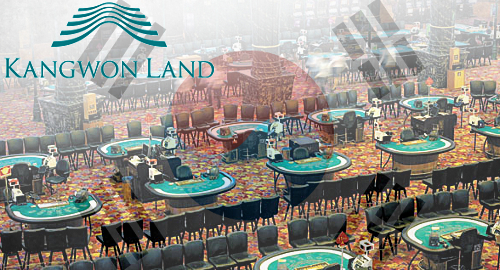 South Korea’s Kangwon Land casino took a serious and as yet unexplained profit hit in the final quarter of 2016.

On Wednesday, Kangwon Land filed a notice with the Korean Stock Exchange indicating that its Q4 2016 revenue improved 1% year-on-year to KRW 410b (US $361m), while profit tumbled 31.4% to KRW 63.75b. The filing offered no justification for the significant decline in the casino’s net results.

For the year as a whole, Kangwon Land’s revenue rose 3.8% to KRW 1.7t, while profit improved 2.9% to KRW 454.6b. Kangwon Land is the only one of South Korea’s 17 casinos that allows local residents to gamble.

South Koreans aren’t allowed to legally gamble on much, besides lotteries, bullfighting and various forms of racing (cycling, boats and the ponies). The latter type of race betting is now making headlines for all the wrong reasons after a South Korean father was handed a lengthy prison sentence for making his family members predict winners – or else.

A report in the Korea Times notes that a man identified only by his surname Seo was sentenced to four years and six months in prison in Jeju District Court on Monday. It seems that Seo, while serving an earlier sentence for child abuse, became a religious zealot who convinced himself that meditation allowed devout individuals to predict the future, which Seo saw as his way to cash in at the track.

Upon his release from prison in 2008, Seo began forcing his wife to predict the winners of horseraces and assaulting her when her predictions failed to pay off. The wife ran away in 2011, so Seo forced his 13-year-old son to assume the role of meditative prognosticator.

Seo reportedly locked the boy in a “prayer room” for up to 14 hours per day so that the names of winning horses would be revealed. The boy was beaten with a wooden sword when he failed to comply with his father’s orders.

In meting out Seo’s punishment, the court slammed the world’s worst dad for committing “unspeakable acts to his children in an inhumane way.” One can only hope that Seo’s cellmate is a sociopathic, hypersexual 300-pound tae kwon do expert who confidently predicts that Seo will be committing other types of unspeakable acts for the next four and a half years.