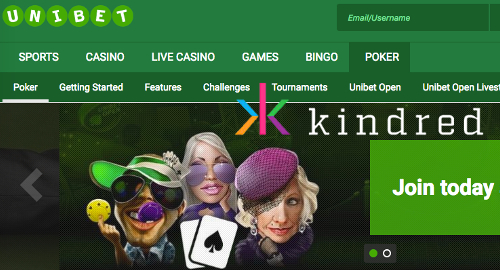 The parent company of online gambling brand Unibet set a new revenue record in the final quarter of 2016, which helped push full year revenue to its own new record high.

Kindred Group CEO Henrik Tjärnström said the results proved “the scalability of our business model and our ability to face and absorb the impact of regulatory changes.” Tjärnström said the momentum had carried forward into 2017, with average daily revenue to date up 36% from the same period last year.

The company hailed its poker product as the industry’s “fastest growing licensed poker network,” and humble-bragged that its Relax Gaming-powered bespoke software – which debuted its version 2 during Q4 – had created “a sustainable home for poker players looking for both action and entertainment.”

Clearly feeling his oats, Tjärnström announced that Kindred would be opening three new offices in London, Gibraltar and Malta to assist the company’s 2017 expansion plans. The company’s payroll expanded to 1,162 last year, 124 more live bodies than at the end of 2015, and the company’s current quarters are evidently straining at the seams.