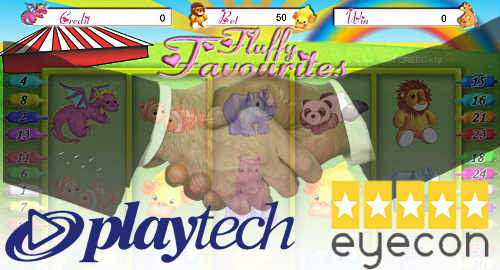 Online gambling technology provider Playtech has made yet another acquisition via a £50m deal for rival software outfit Eyecon.

On Tuesday, Playtech announced it had paid £25m upfront for Eyecon, which boasts over 70 games in its portfolio, including the popular Fluffy Favourites slots title. An additional consideration of up to £25m will be payable based on Eyecon’s earnings hitting certain benchmarks by June 2019.

Eyecon boasts its own remote gaming server, which allows it to distribute content direct to operators and via distributors, including 888 Holdings and Playtech’s own bingo network Virtue Fusion.

Eyecon founder Scott Murray has agreed to stay on with the company for at least the next three years “in order to assist in retaining the knowledgeable and specialist Eyecon team,” which has a particular focus on bingo audiences.

Playtech CEO Mor Weizer said the deal fit with the company’s strategy “to acquire bolt-on technology and content in our key gaming markets, providing Playtech with even greater penetration and reach, as well as bringing additional regulated revenues to Playtech.”

Eyecon derives nearly all its revenue from the UK market, which Playtech says is in line with its acquisition strategy of boosting its share of revenue from regulated markets, which represented only 41% of the total in the company’s most recent geographic revenue breakdown.

In other Playtech news, the company is prepping the release of new Superman-themed slots titles courtesy of the multi-year deal with DC Comics that Playtech inked last year. The titles are based on the first two 1980s-era Superman films starring Christopher Reeve.

Playtech announced this week that it had deepened its DC connection via a multi-year games content deal with Warner Bros. Consumer products. The deal will allow Playtech to develop slot, bingo and roulette games based on films including Batman V. Superman: Dawn of Justice, The Dark Knight Trilogy, Suicide Squad and the soon to be released Justice League. The expanded deal will also permit Playtech to bring its original DC-branded content portfolio to retail terminals in the UK, Italy, Finland, Norway and Romania.

On Monday, Playtech announced the launch of Tiki Paradise, a new omni-channel slots title that offers players access to extra game features if they access the product via both retail and online channels. The game has been rolled out exclusively in 300 Coral betting shops to start, with the full 1,800 Coral outlets gaining access to the title by the end of February.