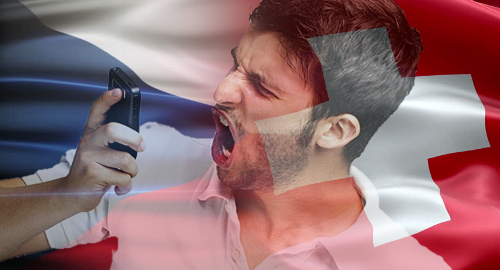 Last Friday, the Legal Affairs Committee of the Swiss National Council voted 13-12 to remove the domain blocking language from the country’s proposed gambling legislation. The plans had been approved by the Council of States earlier this month despite fierce objections of industry bodies representing Swiss ISPs.

The domain-blocking proposal had the support of the country’s struggling land-based gaming industry, which accused gambling sites of siphoning off the casinos’ revenue. But ISPs complained that they were being asked to bear the costs of this shamelessly protectionist stance and said the casinos should be willing to foot the bill.

The Legal Affairs Committee offered a compromise, authorizing the Federal Gaming Commission to issue warnings to offending online operators, and to prosecute operators who neglect these warnings. The Committee also suggested re-examining the matter in five years’ time.

The Committee’s recommendation isn’t binding, and the National Council may yet opt to include the domain-blocking language in the gambling legislation’s final text. The government’s spring session runs until March 17.

CZECH YOUR PRIVILEGE
A little further east, an international non-governmental organization is calling on the Czech Republic to punish online gambling operators for taking wagers from Czech punters, despite the fact that the government is itself to blame for these operators’ lack of proper licenses.

The new rules require all Czech-facing operators to hold a locally issued license, which has led to a flurry of operators exiting the market in recent weeks. But local TI branch head David Ondracka told reporters that more than two dozen international firms, as well as some local operators, continue to accept Czech action.

Ondracka complained that the Czech Ministry of Finance had yet to punish these unauthorized operators by compelling internet service providers to block the offending domains, despite Finance Minister Andrej Babis “persuading the public that this step is feasible and trouble-free.”

Trouble is, the Ministry of Finance didn’t approve its online gambling technical standards until December 23, and didn’t appoint third-party testing firms until December 27, meaning even online operators who were interested in winning a Czech license couldn’t comply with the government’s requirements.

The government also threw operators a wobbler by belatedly approving the new Czech POINT program, which requires all online gambling account sign-ups to be registered in person at designated public administration centers.