Yogonet reported that Unikrn has formally entered the eSports financial arena for the first time by becoming the first official partner and investor of CS:GO team BIG.

Unikrn Chief Executive Rahul Sood pointed out that “eSports and community” are two things that the eSports company cares most about. 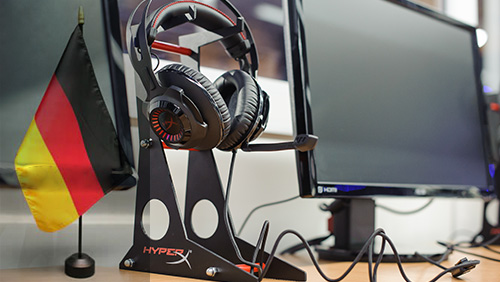 “We met this dream halfway with BIG,” Sood said in a statement. “We are not only partnering up with BIG, we are actually investing in them. We want to create value for the team but at the same time we are completely hands-off when it comes to the daily operation or anything roster related. We support them through financial backing and business development.”

What excites gambling enthusiasts, however, is not because Unikrn fell in love with the idea of supporting a German allstar team or fulfilling Sood’s wish of the possibility of team ownership with some of their star investors.

Analysts believe that Unikrn’s investment to CS:GO BIG is just the opening salvo of the company’s plans to offer real money eSports betting in Germany.

At present, Unikrn only offers eSports betting in the UK and Australia after securing gambling licenses from the UK Gambling Commission and from Australia’s Northern Territories regulator.

They see Unikrn’s move to sponsor CS:GO BIG as a “strategic move” since it will give the company an increased brand recognition in the market. After UK, Germany is the next important gambling market in the EU.

The German market also makes it the next viable destination for Unikrn since the country is currently without any online gambling regulation; has high propensity to gamble, and high levels of disposable income.

For their part, CS: GO team BIG founder Fatih ‘gob b’ Dayik said: “We are happy to partner up with Unikrn, who were really excited to become part of our new team and the BIG family. Unikrn strongly believes in our vision and wants to help us in the background, which allows us to concentrate more on our training and the upcoming tournaments.”