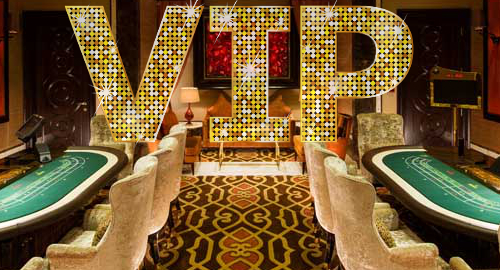 You might want to sit down before hearing this, but Macau casinos’ VIP gaming revenue actually posted positive growth in the final quarter of 2016.

Figures released Monday by Macau’s Gaming Inspection and Coordination Bureau (DICJ) covering the final three months of 2016 show VIP baccarat revenue of MOP 33.3b (US $4.2b), up 12.6% from Q4 2015’s total of MOP 29.6b. This marks the first time since Q1 2014 that VIP gaming has enjoyed year-on-year growth.

The VIP gains have piggybacked on the overall Macau gaming market’s rebound, having closed out 2016 with five straight months of year-on-year revenue gains after over two years of declines. However, the VIP tally for 2016 as a whole remained in the red, down nearly 7% year-on-year to MOP 119b ($14.9b).

Macau’s resurgence had until now been entirely due to its mass market sector, which (counting slots revenue) reported Q4 revenue of MOP 27b, up 7.4% year-on-year. For 2016 as a whole, mass market revenue nudged up 1.2% to MOP 104.2b.

A TAXING SITUATION
While much of Macau’s focus over the past few years has been building up the mass market, DICJ boss Paolo Martins Chan recently told CalvinAyre.com that his department was working to improve the lot of the struggling junket operator industry, which Chan said makes a “huge contribution in our industry.”

Analysts have suggested Macau should cut its gambling tax rate to match rates in other Asia-Pacific markets and thereby recapture some of the VIP action that Macau has lost in recent years. On Saturday, Chan told Macau public broadcaster TDM that the government currently didn’t have “any concrete plan” to adjust tax rates but he was willing to discuss the possibility “as long as it’s beneficial to Macau’s gaming sector.”