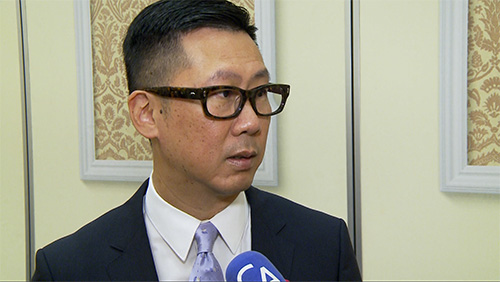 In this interview with CalvinAyre.com’s Stephanie Raquel, Paulo Martins Chan of the Gaming Inspection and Coordination Bureau (DICJ) reveals the steps taken by Macau to promote the junket industry.

It was dubbed as the Achilles heel of what seemed to be a healthy gambling industry in Macau.

A decade ago, Macau has been considered as the world’s most profitable gaming destination with the VIP junket industry bringing in around 70 percent of gambling revenue in the former Portuguese enclave.

Macau junket operators, who extend credit to rich gamblers and then collect any debts in exchange for a hefty commissions, accounted for $22 billion in revenues during its heyday.

This, however, changed when China’s economy was hit hard by a global economic malaise. The slowing Chinese economy has put these wealthy Chinese high rollers under a pile of debt, hurting the once lucrative business.

Paulo Martins Chan of the Gaming Inspection and Coordination Bureau (DICJ) said they are now putting several measures in order to ensure the development of Macau junket industry, which he considers to be a “very important component of the whole gaming industry.”

He also belied notions that Macau is giving more importance to the mass-market over the VIP industry, especially since the former has become a driving force behind sudden Macau’s resurgence from 24-month economic contraction.

“Recently, we are preparing to amend the law for junkets and we are trying to demand more financial requirements for them. This is a way to make the junkets stronger, to be financially more powerful, I think this is important for the healthy development of the junket,” Chan told CalvinAyre.com. “We are always mentioning promoting the mass market but we still consider that the junket has huge contribution in our industry. So it’s not fair just to say that we are giving more importance to the mass market. The junkets are also a very important component of the whole gaming industry.”

Aside from amending the junket rules and enacting gambling-related laws, Chans also pointed out that an open communication between the government and the gambling stakeholders has also been a key to a healthy development of the Macau Gaming Industry.

“Totally, we have a lot of communication, that’s the first thing to do. I think in this year of my job, I have met them many many times. So, we need to understand what is the need and what are the problems. We can try to overcome those problems,” he said. “On the part of the DICJ, we are working hard on the regulating part so we are trying to amend some of the regulations and laws and before that a deep conversation and communications with concessionaires as well as the junkets. So recently, when we are talking about something related to the employees, we also talk to the associations of the employees. I think communications is important in developing a healthy industry.”