Home / Casino / China to beef up anti-corruption campaign in 2015, focus on state-owned firms 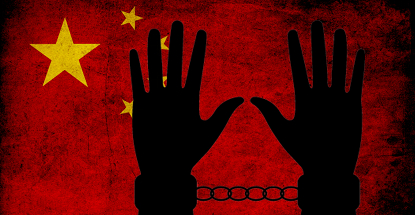 Macau casino fortunes may have taken another body blow on Wednesday after China’s President Xi Jinping announced plans to intensify his anti-corruption campaign in 2015. The crackdown, which began in earnest about a year after Xi took power in March 2013, has been widely credited for Macau’s ongoing casino revenue decline as high-profile individuals curbed their conspicuous consumption in a bid to stay under Xi’s radar.

The fifth plenary session of the Communist Party of China’s Central Commission for Discipline Inspection (CCDI) concluded on Wednesday, after which a communiqué was issued listing seven priorities for 2015. These include ensuring senior officials “toe the line” with regards to central leadership policies. All state-owned enterprises (SOEs) will be subject to new inspections and officials found to have embezzled funds or engaged in the selling or buying of government posts will face “serious penalties.”

SOE execs and the heads of Party and government departments will be held accountable for any serious corruption cases that occur on their watch. The government also intends to “strengthen international cooperation in the hunt for fugitive officials and asset recovery.” The CCDI says it punished a total of 71,478 Chinese officials for corruption in 2014, with 68 of these cases involving high-level officials.

Perhaps sensing that their language might spur the anti-corruption team’s rank-and-file members to break out the pitchforks and torches, the state cautioned that this was not a “whirlwind campaign” but a “step by step” process that required “political composure, restraint and patience.” In other words, anyone hoping that Xi would ease up on the throttle has another thing coming.

As for what impact this broadened campaign might have on Macau, one only has to look at the damage previous efforts have done to Macau’s VIP gambling sector (and the junket operators that cater to these VIPs). High-rollers traditionally account for as much 70% of overall gaming revenue but this has fallen to as low as 56% in recent months.

Pre-crackdown studies by the Polytechnic Institute of Macau found that around half of Macau’s high-rollers were either government officials or SOE executives. One assumes that the smarter VIPs have already cottoned on to the fact that playtime is over, so anybody caught in the act from this point forward is merely bent on proving Darwin was right.

It won’t help that the recent arrest of Stanley Ho’s nephew for operating a prostitution ring at the Hotel Lisboa has local police vowing to beef up surveillance at Macau’s gaming properties. On Tuesday, Macau’s Secretary for Security Wong Sio Chak vowed to “strengthen communication with senior executives in casinos and hotels” while simultaneously adding more equipment and manpower to the Public Security Forces to help in “maintaining a secure society.” And, one presumes, less profitable casinos.