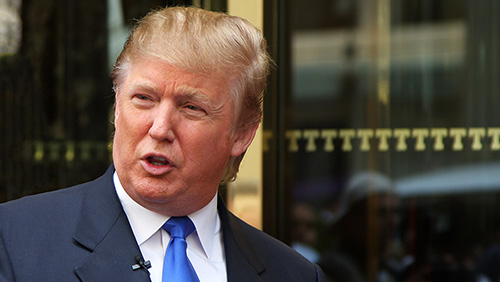 Though President-elect Donald Trump still has more than a week before he takes over the most powerful office in the United States, bettors are already trying to predict his political survival.

British bookmaker Ladbrokes Coral Group plc. put the odds of Trump of being impeached or resigning before the end of his first term at dead even (11/10). But as consolation for Trump, Ladbrokes see him being inaugurated on January 20 with 6/1 odds.

Irish bookmaker PaddyPower, on the other hand, placed a 12/1 odds that Trump will not be inaugurated next week.

What’s bolstering bettors’ belief that the pugnacious Trump will buck the historical rarity of US impeachments and suffer the fate former presidents Andrew Johnson and Bill Clinton?

Prior to being elected, Trump has made so many populist yet unconstitutional or criminal promises, including bombing terrorists’ families and violating citizens’ civil rights. The ghost of his past business ventures – not to mention some possible conflict of interests along the way – could very well be Trump’s ticket out of the White House.

Just recently, somebody dropped a bombshell on Trump’s face (and no, we are not just talking about his alleged prostitutes and the “golden showers”) on a possible Russian blackmail material over Trump. It is said that Trump may face impeachment if it is proven that he have been in contact with the Russian government, and is letting Vladimir Putin overtly shape American policy.

Both bookmakers estimate the chances of Trump making his first official state visit in Russia at 50%, with Ladbrokes giving it a 5/4 odds while PaddyPower had it even.

Of course, no one can really tell what will happen in the US over the next three years under the Trump Administration. After all, Trump has given all the bookies the sucker punch by defeating his erstwhile political opponent and punters’ favorite Hillary Clinton.

What are the odds that Trump could pull another surprise for bookmakers?