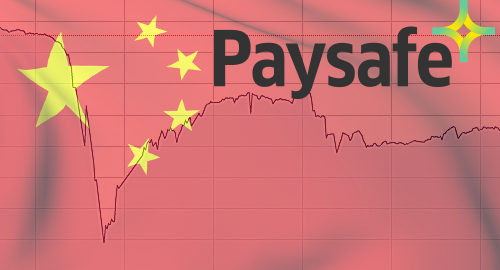 Online payment processor Paysafe is denying allegations of facilitating illegal online gambling that sent the company’s stock into a tailspin.

Spotlight claims Paysafe’s largest customer, “who we believe to be [online betting operator] Bet365,” is operating a China-facing online betting operation, a revelation on par with the theories that water is wet and Donald Trump is a tiny-handed demagogue with crippling self-esteem issues.

Citing Paysafe’s public filings, Spotlight claims Bet365 is the company that represented 20% of Paysafe’s H1 2016 fee revenues and possibly up to 50% of its earnings, and that “the majority of this revenue comes from Asia.” Spotlight also links Paysafe to Asian online betting giant Dafabet, which has been on the receiving end of Chinese authorities’ enforcement actions.

Spotlight further alleges that Paysafe’s Asian-facing Quick Access brand “continued to run years after Paysafe claimed to shut it down due to regulatory concerns.” Spotlight claims that regulators in both the UK could clamp down on Paysafe over concerns that the company is enabling punters to violate China’s strict anti-gambling laws and thereby benefiting from the proceeds of crime.

The UK-based Paysafe, the parent company of Neteller, Skrill and the Income Access online gambling affiliate business, saw its shares fall over one-third on Tuesday before rallying somewhat to close at 305.7p, down a mere 17.5%.

On Tuesday, Paysafe issued a statement stating that “all material information in the [Spotlight] report is either factually inaccurate or has been previously disclosed.” Paysafe took pains to point out that Spotlight had acknowledged holding a short position in Paysafe, and thus had every motivation to see its shares plummet in this manner.

These type of short-seller drive-by’s aren’t uncommon in the online gambling industry. One year ago, Canadian online bingo operator Intertain Group saw its shares slump more than one-third following a hedge fun’s claims that Intertain was essentially a Ponzi scheme.