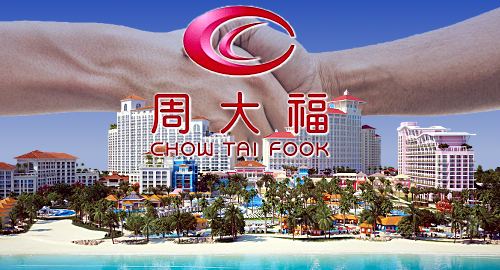 Hong Kong conglomerate Chow Tai Fook Enterprises (CTFE) has confirmed its purchase of the unfinished $3.5b Baha Mar resort casino in the Bahamas.

On Monday, CTFE officially announced that it had signed a deal to own and operate Baha Mar, confirming reports that first surfaced in October that CTFE was looking to acquire the property from the Chinese bank that took over Baha Mar following the 2015 bankruptcy of the original developer, Sarkis Izmirlian’s Baha Mar Ltd.

Earlier this month, Bahamas Prime Minister Perry Christie said Baha Mar would begin a phased opening in April 2017. Davis said CTFE was committed to that timeline, and would begin “recruiting employees for the casino in the new year.”

Davis said CTFE was “in discussion to form marketing alliances with leading global gaming companies” to manage Baha Mar’s casino operations. In November, CTFE submitted a shortlist of potential casino managers to the Bahamian government for vetting but no names from this list have leaked yet.

The Export-Import Bank of China (EXIM) staked out an early lead for understatement of the year by acknowledging “there have been challenges with the project along the way,” but praised its teamwork with the local government in “bringing this project to fruition.”

Christie expressed delight at CTFE sealing the deal, saying the company has “the precise capabilities and track record to successfully operate the Baha Mar Resort from both a lodging and casino perspective.” Christie said CTFE would be “leveraging its expansive network and resources to open new markets and opportunities for The Bahamas.”