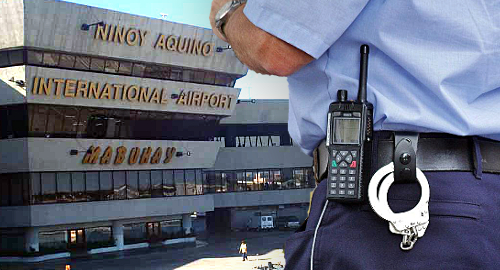 Lam fled the Philippines on November 29 after Justice Secretary Vitaliano Aguirre II accused him of attempting to bribe himself and Philippine Amusement and Gaming Corporation (PAGCOR) boss Andrea Domingo to obtain preferential treatment of Lam’s gaming operations. Lam has denied the bribery allegations.

On Thursday, Philippine President Rodrigo Duterte said Lam could resume operation of his Fontana Casino in the Clark Freeport and the Ford Ilocandia casino in Laoag City if he paid all his outstanding tax obligations and accepted a new gaming contract that aligned his tax obligations with other Philippine casino operators.

On Friday, Aguirre said Lam had been blacklisted due to his online gambling operation at the Fontana lacking the necessary permits, contrary to claims made last week by Lam’s attorney Raymond Fortun. Aguirre said Philippine authorities were preparing to issue criminal charges against Lam and that Lam would be arrested if he attempted to return to the Philippines.

However, Aguirre echoed Duterte’s comments that Lam could make amends by paying his tax bill and applying for a new PAGCOR license. Aguirre said once those conditions were met, Lam “might be allowed to continue his investments here.”

Lam’s whereabouts are currently unknown, a fact that appears to concern Macau gaming regulators. Macau’s Gaming Inspection and Coordination Bureau (DICJ) told GGRAsia that it has been unsuccessfully trying to contact Lam since his Philippine troubles began, and even Lam’s lawyer told the DICJ that he was “also unable to reach Mr. Lam at the moment.”

Lam is the founder of the Jimei Group, one of Macau’s leading junket operators, and the DICJ said it “always pays close attention to … junket promoter behavior in Macau and overseas.” On Tuesday, the Lam-controlled Jimei International Entertainment Group announced that Lam’s Philippine operations “do not form part of the group’s business.”

SOMBRERO FACES THE MUSIC (BEHIND A MASK)
Meanwhile, the former police superintendent who Aguirre accused of communicating Lam’s bribery attempt turned himself in for questioning on Thursday. Wearing a mask to cover his face from media cameras, Wally Sombrero showed up at the National Bureau of Investigation (NBI) office in Manila, telling local reporters that he was there to clear his name.

Sombrero declined specifics, but said that Aguirre’s bribery allegations were only the justice secretary’s “perception” of events. Sombrero, a longtime associate of former Ilocus Sur governor Chavit Singson, has previously identified himself as a middleman between government officials and ‘gambling lords.’