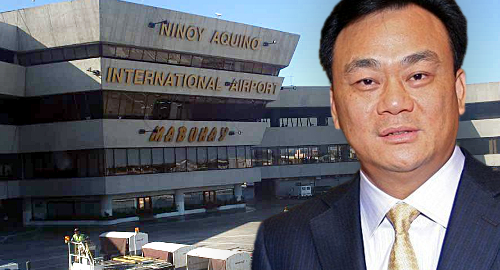 Casino and junket operator Jack Lam left the Philippines days before the authorities announced they were seeking his arrest for bribery and illegal online gambling.

On Sunday, the Bureau of Immigration (BI) released a statement saying travel records indicate that Lam Yin Yok (believed to be Lam’s real name) left the Philippines on Nov. 29 on a Cathay Pacific flight bound for Hong Kong. Lam’s attorney Raymond Fortun has yet to publicly comment on either the charges or Lam’s current whereabouts.

Last week, Justice Secretary Vitaliano Aguirre II accused Lam, the founder of leading Macau junket operator Jimei Group, of offering bribes to obtain the release of the 1,316 Chinese nationals arrested on Nov. 24 for illegally working at an online gambling operation run out of Lam’s Fontana Casino in the Clark Freeport.

Aguirre also claimed that Lam tried to bribe Andrea Domingo, head of the Philippine Amusement and Gaming Corp (PAGCOR) to allow his online gambling operations to continue while he applied for one of the new PAGCOR ‘offshore’ gambling licenses. Lam issued a statement on Friday denying the bribery allegations.

The PNP are also seeking the arrest of retired police superintendent Wally Sombrero, the intermediary through whom Lam’s bribe offer was allegedly made to Aguirre. Dela Rosa said that “so far” he had not been ordered by Duterte to arrest Sombrero “but we’ll also arrest him once we see him.” Sombrero is a longtime associate of Chavit Singson, former governor of Ilocus Sur province and a self-proclaimed middleman between ‘gambling lords’ and Philippine politicians.

Despite Dela Rosa’s radio comments, no formal arrest warrants have been issued against either Lam or Sombrero, but Aguirre told the media that this didn’t invalidate the hunt for the two men. Aguirre said that “operating illegal gaming or coddling those who violate” the law constituted a ‘continuing offense’ that allows the offenders to be arrested without an arrest warrant.

FONTANA GAMBLING OPERATIONS SHUT DOWN
Meanwhile, officials from PAGOCR and the Angeles City Police Office have temporarily closed the main gaming floor and 15 VIP rooms at Lam’s Fontana Leisure Parks and Casino, citing a lack of permits, legal documents and immigration papers for the property’s workers.

The Fontana reportedly ran proxy betting operations from its VIP rooms, allowing high-rolling gamblers in China to wager over the telephone or via live-streamed video feeds of the table action. Aguirre has said that the Fontana’s online gambling operations were being run by third-party Chinese firms, although Aguirre suggested that these firms were controlled by Lam through ‘dummy’ corporations.