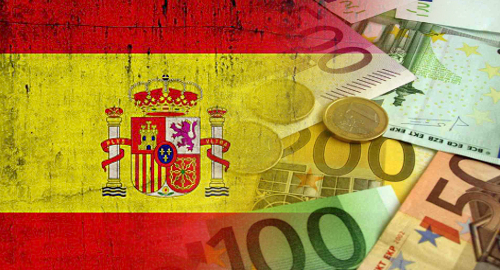 Spain’s gambling market accounted for 3% of the country’s gross domestic product last year, according to a new report.

Thursday saw the release of the fifth annual Spanish gaming market report from the Codere Foundation and the Carlos III University of Madrid’s Institute for Policy and Governance (IPOLGOB).

The report claims total land-based gambling spending in Spain hit €25.5b in 2015, nearly 6% higher than in 2014. Spending at Spain’s regulated online gambling sites enjoyed a far more significant uptick, rising nearly one-third to €8.56b, with nearly half (€4.2b) coming via sports betting. State lottery sales improved 4% to €8.78b.

Spanish operators’ gross gambling revenue totaled €8.75b, while online gambling revenue hit just under €320m, over one-quarter higher than in 2014. The online sector got a significant boost last year via the long-awaited approval of online slots play in the second quarter of 2015.

The Spanish government’s tax take from gaming last year amounted to €1.64b, of which €451m came via the controversial 20% tax on lottery winnings over €2,500. The gaming industry created 1,300 new jobs last year, bringing direct gaming employment to around 80k individuals – more than half of whom are employed by private firms – plus an additional 160k indirect jobs.

Professor Jose Antonio Gomez Yanez, one of the researchers who prepared the report, claimed Spain had the lowest rates of problem gambling in the world due to companies’ “very high” social responsibility, although he cautioned that rates were higher among young people who predominantly gambled online.