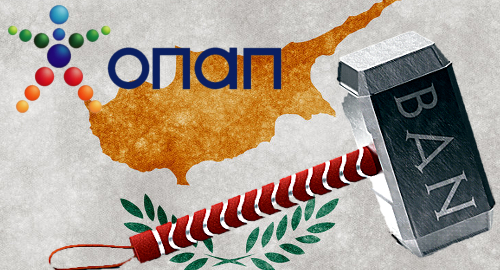 The Republic of Cyprus has begun blocking unauthorized online gambling sites as it prepares to launch its regulated sports betting market.

On Monday, a Cypriot parliamentary finance committee meeting heard from representatives of the National Betting Authority (EAS), who reported that they’d begun blocking the domains of an estimated 2,500 online gambling sites currently serving Cypriot punters without the government’s permission.

The Cyprus Mail reported that the EAS representative claimed his agency was focusing on online casino sites, as these are expressly forbidden under the 2012 legislation that banned online casino, poker and exchange betting.

In October, the EAS began accepting applications for new online sports betting licenses, while warning operators who failed to apply that their names would be added to the country’s blacklist. The government has identified gambling expansion as a way to boost tax revenue.

The government is also looking at rejigging its relationship with Greek betting operator OPAP, which was granted an effective monopoly over other online betting products under the 2012 legislation.

OPAP has been operating on Cyprus since 1969. In 2003, the Republic renewed an interstate agreement with Greece that granted OPAP a monopoly on all lottery products in the Republic. In 2014, a year after the Greek government sold its one-third stake in OPAP, the Republic considered scrapping the interstate deal before announcing it would craft new legislation to delineate the specific perks a lottery monopoly provider might enjoy.

Under the old deal, OPAP paid Cyprus around €10m annually. Yet when OPAP’s revenue doubled in 2013 following the launch of its new Kino game, the Republic’s share increased only marginally to €12.3m. A couple weeks ago, an auditor-general’s report concluded that Cyprus was losing “€1m a month” under its existing OPAP deal.

The bill currently under consideration in the legislature would require a lottery provider to pay 24% tax on gross profits, with a minimum payment of €20m per year. Naturally, OPAP rejects the suggestion that it’s not paying its fair share, claiming that the state earns far more from OPAP than the company does from the Cypriot market.