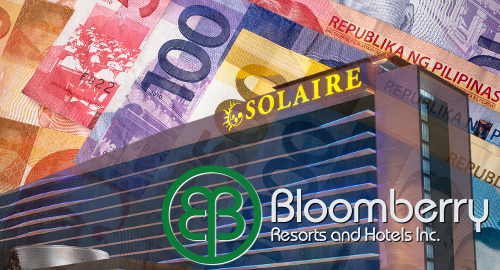 Bloomberry, which operates the Solaire Resort & Casino in Manila and the Jeju Sun Hotel & Casino in South Korea, reported a net profit of P1.41b (US $28.7m) in the three months ending September 30.

The profit number is a significant turnaround from the P187m loss in the same period last year. Overall revenue, net of promotional allowances, was up 11% to P7.83b while earnings rose 7% to P2.58b.

The VIP surge came via Bloomberry’s ongoing efforts to ramp up its junket relationships, which led to a 24% rise in gaming promoters expenses. At the end of Q3, Bloomberry had P6.76b in gross receivables, 18% higher than at the end of Q2. But receivables over 90 days were up only 3% and the quarterly provision for doubtful accounts totaled a mere P17m.

In South Korea, Jeju Sun reported overall Q3 revenue of just P74.3m, of which gaming revenue accounted for P28.2m. Jeju Sun was in “maintenance mode” for most of Q3 after Bloomberry inked a deal in June to sell Jeju Sun to Macau junket operator Iao Kun Group Holdings (IKGH). After signing the deal, Bloomberry “deliberately concentrated on reducing expenses rather than increasing VIP volume to minimize volatility.”

However, IKGH’s well-publicized financial woes caused the sale to lapse in October, leading Bloomberry to return to operating Jeju Sun on a normal basis. However, Bloomberry says it is “exploring legal options against Iao Kun for its failure to close the deal.”

Bloomberry managed to keep a tight rein on expenses during Q3, and would have maintained a flat expense profile were it not for the Philippine Amusement and Gaming Corp (PAGCOR) reverting to its original casino tax structure. With the new/old tax obligation, Philippines-based expenses were up 16%.

Bloomberry CEO Enrique Razon Jr. said the company’s “one-mindedness to manage costs and capital” would ensure the company’s upward trajectory through the end of 2016. Razon expressed confidence that the party would continue into 2017 and Solaire would become “the premium go-to Philippine destination.”