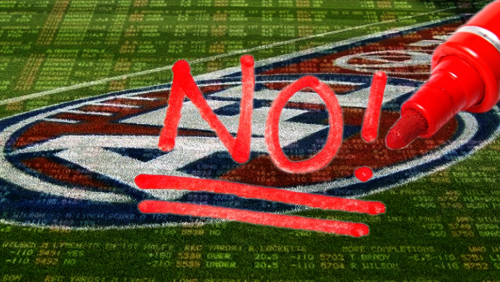 The Tigers signed a three-year partnership with the Victorian Responsible Gambling Foundation (VRGF), a deal which would precludes the club from having sports betting sponsors.

The club were sponsored by Sportsbet last year, but the deal was not renewed for this season.

But here’s the conflict, the Tigers will still keep their poker machine venues, which provide it and other clubs with a substantial and reliable income stream.

The decision of the seven AFL clubs also puts them at odds with the AFL’s agreement with Crownbet (formerly known as BetEasy).

Crownbet is the league’s official betting partner for the next five years starting with the 2015 season, a deal worth close to $10 million annually. In addition, Crownbet also signed a deal to broadcast AFL matches online via its website and apps for the remainder of 2015 and the entire 2016 seasons.

Victorian gaming minister Jane Garrett lauded the clubs’ agreement with VRGF, but said that sports betting money was not “the new tobacco” in sports sponsorship.

“The difference between tobacco and gambling is quite significant in that every cigarette is doing you damage and there is no benefit to smoking. It’s a killer product, its very use kills you or causes you physical damage,” Garrett added. “There are plenty of people who enjoy gambling. It’s part of our life in Australia … most people do it without developing a problem so there is a difference between tobacco and gambling. Tens of thousands of people are employed in the clubs and casinos across Victoria, it’s a great pastime for people who enjoy it without developing problems.”

Garrett also called on the federal government to release the review that Barry O’Farrell has done with the Australia’s 2001 Interactive Gambling Act (IGA), adding that the outcome would determine how the country would deal with the issue.

O’Farrell has reportedly delivered his report to the government and its findings would be made public this month.