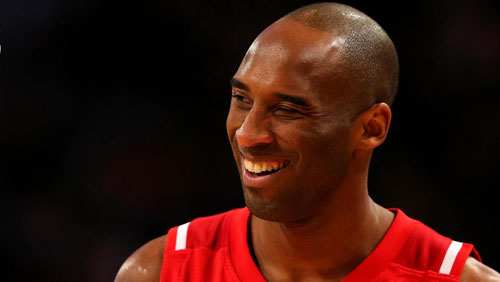 Contrary to the typical flashy, all-for-show, fan-focused event, the 2016 NBA All Star Game paid tribute to the man who has celebrated his 18th and final All-Star game.

The NBA’s annual mid-season classic, which pits the league’s best against each other in a fierce battle to see who can make the most highlight plays, packed the Air Canada Centre in Toronto on Sunday, the first time the All-Star game was played outside the U.S. But that’s not how All-Star weekend played itself out at first.

Prior to the game’s opening tip, NBA great Magic Johnson lauded the 37-year-old Kobe Bryant in a pair of tribute videos featuring some career highlights interspersed with messages of thanks from a handful of fellow NBA players. Fireworks burst behind him as he entered his final All-Star game.

Bryant, who was the fans’ leading vote-getter this year’s All-Star appearance, finished the night with 10 points, seven assists and six rebounds.

Goodbye, Mamba. Basketball will never be the same without you.

Moving on to the game itself, this year’s NBA All-Star game broke a lot of records. The favorite to win the Sunday game Western Conference outgunned the East Conference at 196-173.

Both teams topped the previous single-team scoring record of 163 points (set by the East in 2014 and West as 2015). The combined 369 points also beat the previous mark of 321. The West’s 196 points set the record for most in All-Star history.

Russell Westbrook scored 31 points, becoming the first player to win outright back-to-back MVP awards. Bob Pettit won in both 1958 and 1959, but shared the award in the latter contest with Elgin Baylor.

Westbrook didn’t score 41 points like he did in last year’s MVP performance, but drove the West’s offensive onslaught all night.

Paul George was the best scorer with 41 points, just one point short of the all-time record set by Wilt Chamberlain in 1962, but he settled for a record nine made three-pointers, breaking the record of Carmelo Anthony, who hit eight of them in 2014.