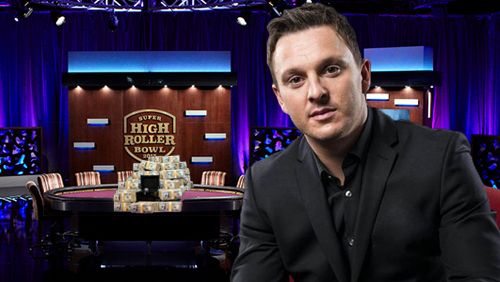 In what must rank as one of the most unusual partnerships in recent times, Europe’s most winningest live tournament player, Sam Trickett, has signed the dotted line to become the brand ambassador of the Indian poker site Starpoker.in.

It’s a massive coup for the Indian poker market and one that has come right out of the blue. Trickett recently severed ties with Everest Poker after his one year contract came to an end. He started that relationship like a house on fire finishing runner-up in the World Poker Tour (WPT) Main Event in Venice. Starpoker.in will be hoping for a similar start.

Trickett said he was ‘excited to represent the Indian poker industry’ and was looking forward to ‘promoting poker in India.’ Lina Wang, Marketing Director of Starpoker.in, has played a few hands with Trickett, both live and online, and said that she was ‘very proud to welcome him into the Starpoker.in fold.’

Living it Loving it Ltd has managed to pair Dusk Till Dawn and the Casino Gran Madrid with Genesis Gaming Solutions BRAVO Poker System.

Players who have spent any time playing in the Las Vegas casinos will be very familiar with the BRAVO Poker System as all the major casinos use it to manage their action.

It’s a system that is proven to improve every aspect of a casino’s poker management system. Having played at DTD, and experienced the class act of the poker room team first hand, it’s going to be tough for BRAVO to improve upon that.

Rob Yong, the owner of DTD, believes it’s time for a change. The current system has been in operation for a decade, and he is looking forward to seeing how the new system will improve the player experience, in particular, the pre-registration software.

Former WPT General Manager Neil Barrett, who now operates as the Managing Director of Living it Loving it, brokered the deal.

Poker Central has announced plans for the second Super High Roller Bowl. The buy-in will be $300,000. That’s down somewhat from the half a million buy-in players had to stump up in the inaugural outing. Brian Rast won that event for a not too shabby looking $7.5m

The event will be seven-handed, carries a 49 player cap, and Aria will reserve 14 seats for non-professional poker players. Clint Stinchcomb, CEO of Poker Central expects the event to sell out pretty quickly. Aria will start accepted deposits on Jan 22.

According to a report in Cardplayer, sponsors will be adding $300,000 to the prize pool. There is an expected prize pool of $15 million, with $5m heading into the pocket of the lucky winner.