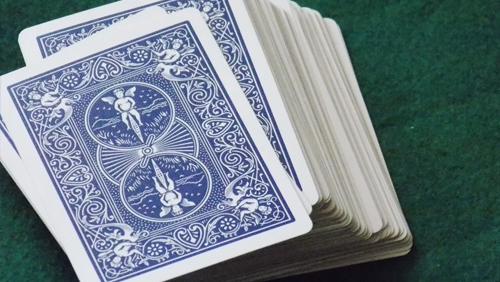 At the end of this month, partypoker are hosting a Shooting Stars for Charity event that will see some of the biggest names in poker in the action with a $500 bounty on their heads and half a million dollars on the line.

Costing $1,100 to enter, the Shooting Stars for Charity tournament is part of the inaugural WPT World Online Championships, which takes place from July 17th to September 8th this year. As partypoker have announced on their blog, there will be some big names taking to the online felt, with $100 from each buy-in going to charity, with a minimum donation of $50,00 making its way to 1DaySooner, who are a charity that “advocates on behalf of human trial challenges to speed up the development of a COVID-19 vaccine”. Abie Rohrig, who is Communications Director for the charity was understandably delighted by the scheduling of the event.

“We are very grateful for the generosity from partypoker and the players,” she said, “We are confident that the donations will go a long way toward getting us a safe and effective COVID-19 vaccine as soon as possible.”

That would be the best result of all, of course, but if you’re thinking of playing, then every Shooting Star bounty will net you $500, with players such as partypoker pro Sam Trickett, Aylar Lie, former WSOP Main Event winner Ryan Riess and Igor Kurganov to name just four. It would be pretty sweet if Kurganov booked the win, just because the poker legend and former PokerStars Tea,m Pro has already promised to donate 100% of his winnings to the charity.

Sam Trickett can’t wait to play, with two of his friends, former Manchester United players Darren Fletcher and Wes Brown both taking part. “I’m delighted the WPT and partypoker have come together to help make a difference in these difficult times while also offering players the opportunity to win plenty in cash prizes,” he said. “I’m looking forward to giving players the chance to take my bounty, and if you think you can beat me, come and give it a go!”

There are qualifiers taking place on partypoker online already, and Trickett was happy to let his Twitter followers know all about the promotion.

Myself @WesBrown24 and lots of others will be playing the Shooting Star Charity tournament with a $500 bounty on our heads on @partypoker 29th – 30th July …come get us !! pic.twitter.com/5FWc2mNA1K

None of us know when a vaccine will be developed, but at the end of July, partypoker and plenty of the very best poker players will be doing their best to accelerate a positive result. We think it’s a great idea and look forward to watching the action as it happens if a final table stream is announced.