Home / Poker / Standing for Success with the Global Poker League 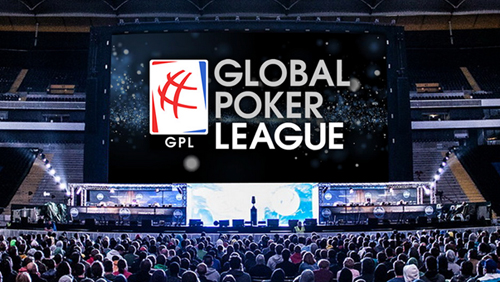 In this opinion piece Lee Davy shares with you his view on why the decision by Alex Dreyfus to make players stand when competing in the Global Poker League is a great one.

Everyone remembers his or her first live sporting event.

Mine was at Old Trafford, Manchester. United were playing at home to Spurs and my uncle Alan took me to watch the game. It was 1989, I was a 9-year old little runt. We watched the game from the Stretford End, but neither of us really watched anything. My uncle sat on the concrete, listening to his portable radio for the entire 90-minutes, only popping up every now and then to tell people the other scores.

I couldn’t see a thing.

Everyone was standing in my way.

Standing on the terraces, singing at the top of your voice and thrashing around with the lads when your team scored was what football was all about back then. In 1994/95 all of that changed when the Taylor Report (drawn up after the Hillsborough disaster) made it compulsory for all English Premier League clubs to have all-seater stadiums.

The fans didn’t want to sit down. They wanted to stand. Things haven’t been the same since. Whilst I understand the move for safety reasons, the emotion is different when you are standing, compared to sitting on your ass, and this is a fact that Alex Dreyfus understands all too well.

The Global Poker League (GPL) is going to revolutionize poker by making significant changes to the way poker is currently played. One of these changes is to force the players to stand when they are competing. The Frenchman is going all Stretford end on us, and with good reason.

“I love the standing rule. No sport should be played sitting down.” Tweeted the reigning World Series of Poker (WSOP) Main Event champion: Martin Jacobson.

The standing rule is not only going to bear fruit for Dreyfus, it’s also going to be a great thing for the players.

When Apple CEO, Tim Cook, launched the Apple Watch he was quite excited about the reminder it gives people to stand up and take a walk 10-minutes before the hand strikes each hour mark.

“A lot of Doctors believe sitting is the new cancer.” Cook said at a Goldman Sachs tech conference at the time of launch.

Whilst Cook may have been a little strong in his use of terminology, he does have a point. Research carried out over 18-studies covering 794,577 people, revealed that people who spend most of their day either sitting, or lying down, were 112% more likely to develop diabetes, 147% more likely to be involved in a ‘cardiovascular event’, and 90% more likely to die as a result of either of those two not so happy chappies.

Other media outlets not too keen to play the cancer card have referred to our ever more sedentary lifestyle as “sitting down disease”. An increase in heart disease, cancer and type 2 diabetes were all linked to sitting down too much in a January 2015 review, and the World Health Organization (WHO) advises you that, ‘physical inactivity’ is the ‘fourth leading risk factor for global mortality.’ Only people who smoke, suffer from high blood pressure and high blood glucose are more likely to need a coffin first.

All of which means if you play poker, especially long periods of online poker, then you could have some serious health issues coming your way, and five minutes rest at the top of the hour is not going to be sufficient enough to help you.

The average British adult spends 70% of their day sitting on their ass. Research shows that when you are sitting everything in the body slows down. Dangerous enzyme changes occur in the muscles leading to increased blood sugar levels; your spine is scrunched up leading to muscle and joint pain, and you are also at increased risk of kidney disease. These problems are costing the British economy £5.7 billion per annum, as employees take over 10 million sick days per year.

But it’s not easy to stand for long periods of time.

I am one of the 70%, and as such when I stand for long periods of time my back hurts, as I experienced when watching Richard Thompson in concert a few nights ago. Personal development guru Steve Pavlina believes this changes over time. We should listen to him, he is a man who knows his stuff.

In 2013, Pavlina decided that he was spending too much time on his ass. He decided to try a new desk that moved in between standing and seating positions at the touch of a button. This is what he said after trialing the new desk for several months.

“The major upside to standing desks is that the people who tried them almost universally reported being more productive while standing. They found that standing up made them feel more focused and serious about their work. They concentrated better and worked harder. They succumbed to fewer distractions. Standing up gave them a sense of being in work mode.”

Translate this into the work of a poker player and you are going to see players competing at the GPL at the height of their powers. The spine consists of 36 vertebrae that are designed to rotate, bend and extend – it’s the same with the knees, hips, ankles and feet. We are not designed to sit down, fold cards and drink Red Bull.

“I often feel more focused — and more aware of the passage of time — when I’m standing. While seated there’s a tendency to relax into a task, but standing creates a greater sense of urgency: Let’s get on with this and get it done!” Said Pavlina.

Pavlina is not alone in his opinion that standing improves focus and awareness. Another study I found on the Internet showed that participants who used active desks (that moved up and down) showed a clear mood boost: they reported less fatigue, tension, confusion and depression; and also had more vigor, energy, focus and happiness.

Sitting for prolonged periods makes it more difficult to clear fats out of the bloodstream, to process insulin, and not enough blood is getting to our brain, hence the sluggishness of mental capacity reported. The female poker players have it even worse with reports that high heels and pencil skirts also leads to the same degenerative diseases.

So it’s time to change.

Shop online and buy yourself a desk that rises and lowers at the touch of a button so you can change your playing stance from sitting to standing, because who knows one day you may end up playing in the GPL World Championships.

If you can’t afford one of those fancy desks, marry a world class masseuse, like I did.