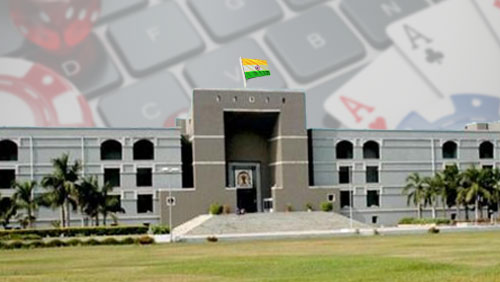 Those hoping for a legal and regulated poker framework in the Indian state of Gujarat face up to bitter disappointment this morning after a judge throws a civil petition to call poker a game of skill into the trash.

When I think about the politicians of the world playing rock, paper, scissors with the future of online poker I feel frustrated, angry, and devoid of empathy.

Of course, my thinking is as shallow as the conversations I used to have with the barflies. I want to write to Santa, begging him to place a few poker chip sets under the political trees.

Then I realise that this is not about online poker.

It’s much deeper than that.

And as a cyclone rampages through the Indian state of Kerala, killing over 20 fishermen, on its way to the state of Gujarat, that’s where my head wanders, lost in the sense of the ridiculousness of discussing the banning of online poker when mother nature has just kicked the region in the ass.

But here we are.

In an expected move, the sole judge cupping the balls of online poker’s future in Gujarat has squeezed them, and the industry feels a little nauseous.

Justice Rajesh H. Shukla of the Gujarat High Court has dismissed a civil petition brought to his attention by KN Suresh of Indian Poker Association, Dominance Games Pvt. Ltd., AAAGaming Pvt. Ltd., and a range of other poker clubs seeking recognition that poker is a game of skill according to glaws.

The decision by Mr Shukla means that peeps seeking out a game of poker will continue to find one, albeit in underground card rooms, and unregulated online platforms. Not even a soul thirsty cyclone can kill poker.

Followed by another dismissal.

The decision follows in the breeze of the state of Telangana passing a bill that banned online gambling and competing in games of skills for stakes.

The Bid to Legitimise Poker in India

The impassable terrain landscaped by the States of Gujarat and Telangana means poker operators continue to hold copper pennies in their warm, damp hands, instead of gold.

And that’s ok for some, for now.

If poker is to be recognised in India’s 29 states and seven union territories then those pushing for legislation and regulation will have to pass the marshmallow test. Instant gratification needs to go into the bin alongside Oscar the Grouch, those with a stake in poker’s future in India have to play a game of patience.

With Season 1 of The Global Poker League (GPL) China finished, founder Alex Dreyfus, and his team can now buddy up with their Indian partners to create the inaugural GPL India. There will be no gambling. The narrative will be entertainment, sport, and skill.

The Match India Poker League (MIPL) recently finished Season 1. The winning team, The Mumbai All-Stars, is in Oxfordshire, UK representing Team India in the International Federation of Match Poker (IFMP) Nations Cup alongside Austria, Spain, Mexico, Italy, UK, Germany, and Ireland. A digital experience with luck extracted from the game with all the sentimentality of extracting the DNA that passes malaria in mosquitos. And footage of that first season is available on MTV India.

And then you have the Poker Sports league (PSL), who have locked in their franchises for eight more seasons, in their bid to establish poker as a game of skill throughout the country.

Three mighty forces, who, united, could produce a powerful cyclone of their own that could perhaps shift the winds of political poker pandering towards the door marked ‘skill.’