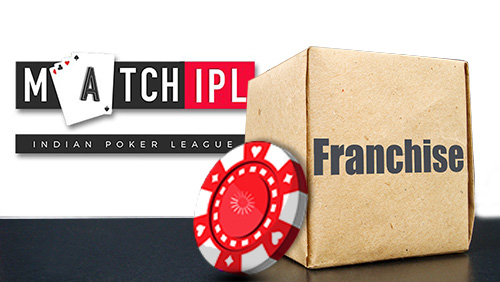 Poker in India continues to grow as Viaan Industries, and the International Federation of Poker sell eight franchises for their inaugural Match Indian Poker League experience.

While he may not be setting any trends in the hair department, Alex Dreyfus can take some pride in the fact that his Global Poker League (GPL) has made team poker cool again.

As GPL China rumbles on, and Dreyfus continues to prepare for a new look GPL Season 2, the second most populous country in the world, has decided to get in on the act, organising two leagues within a matter of months.

The latest endeavour: Match Indian Poker League (IPL), is the brainchild of Viaan Industries and the International Federation of Poker (IFP). The two men responsible for the new league are Viaan’s Raj Kundra and the IFP’s Patrick Nally.

“It took me many years to create solid marketing foundations for FIFA, IOC World Rugby and many others. Match Poker will eclipse them all.” Said Patrick Nally on Twitter.

The first season consists of eight franchises. The financial side of things is a little sketchy, despite the two ladies on India’s MoneyControl.com trying their utmost to squeeze information from Kundra in a telephone interview broadcast on Indian TV.

What I gathered from the conversation is the eight franchise owners are locked in for a ten-year deal. The original cost for the first season was 50 lakh ($75k) per team, but there was no further information beyond that.

The IFP is the creators of Match Poker, a form of team poker played on a tablet where team members sit on different tables, but players on each table are dealt the same hands as the other tables. Games are won by numbers of team points accrued.

The premise behind the IPL is to drive players to the Match Poker app where they will sign up as a member of the IFP. They then play against the IFP’s poker bot, with the most successful players selected for inclusion in the IPL. It’s unclear at this time whether the IPL will allow wild card entrants to compete to increase the star quality of the league.

While Kundra may have dodged most of the financial related questions thrown at him by the MoneyControl.com girls, he did offer up some nuggets. Season 2 will rise to ten franchises, the IPL has already signed a TV deal with a major broadcaster in India, and the winning team in the inaugural IPL will represent India in Match Poker’s Nations Cup, held in London, in December.

The finals of the IPL take place October 14-15, Mumbai

Kundra, Nally, and Kundra’s wife Shilpa Sheppy announced the eight franchise teams, and owners, at an opening ceremony at the ITC Maratha Hotel in Mumbai.

Here are the teams:

It’s not the first time that Kundra has invested in a sporting organisation bearing the acronym IPL. Let’s hope this one works out better than the last. In 2013, a panel appointed by the Supreme Court of India banned Kundra from all involvement in cricket related activities for life after he admitted placing bets on an IPL side he co-owned (Rajasthan Royals) during a legal case on IPL spot-fixing.

In May, entrepreneur Pranav Bagai, created the Poker Sports League, in India. The league consisted of 12 franchises, and The Delhi Panthers won the inaugural season and $225,000 first prize. The Poker Sports League attracted players of the ilk of Patrick Leonard, Sam Razavi, and Jordan ‘JWProdigy’ Westmorland.