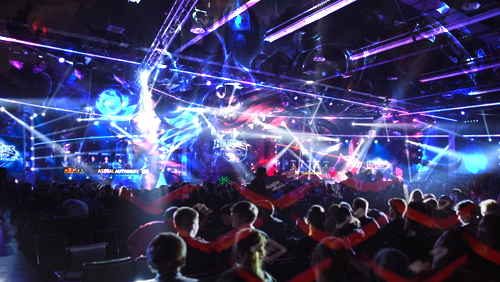 The French National Lottery joins forces with the Swiss data-analytics team, Sportradar, to launch a free-to-play esports site, and the Global Poker League gets ready to sponsor The GO Malta eSports Festival.

While it’s true that the French gaming regulators believe betting on esports is akin to having a manky cold sore in the corner of your mouth, minds might be changing.

Companies looking to enter the esports betting market in France can get up off their knees and stop reciting the Lord’s Prayer. There is no way on earth that La Française Des Jeux would invest in a free-to-play esports platform without a wink-wink-nudge-nudge from the people who are paid to say ‘Yeah’ or ‘Nay’ when such matters come up for political debate.

La Française Des Jeux is home to 26 million online customers and operates more than 30,000 stations across the country. Parions Sports has 3.5 customers and turns over €2.5 billion in revenue.

The premise of the site is as simple as the role of Cat’s Eyes on the freeway. Players receive 50 points each time they log in to the platform. Points are used to gamble on the most popular esports, and when you amass a decent amount of free points, you can invest in esports merchandise in the platform’s shop.

Sportradar is an official member of the Esports Integrity Coalition (ESIC).

Sticking with the French esports theme (loosely) like a barfly sticks to his stool and pint and news that Alexander Dreyfus has reason to celebrate after the Global Poker League (GPL) became one of the primary sponsors of The GO Malta eSports Festival.

Dreyfus promised that GPL Season 2 would have more of an esports flavour, and when you see the sorts of numbers that PUBG is racking up (3.8 million hours streamed on Twitch during Q3), you can understand why Dreyfus’ entrepreneurial instincts see him attached to esports’ lapel like a pretty sturdy safety pin.

And I think all the razzmatazz is getting to Dreyfus.

After Bet365 opened a book on the recent PUBG event at IEM Oakland, Dreyfus went bonkers by placing a bet.

I worked in the gambling industry for 13 years. Never bet. Today I registered my first bet on @bet365 for @PUBATTLEGROUNDS @IEM 🙂

Are we going to see him turn into an Erick Lindgren?