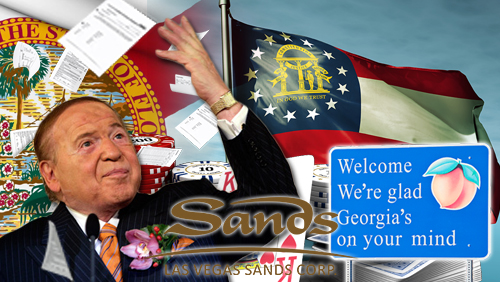 After six years of lobbying for a casino in Florida, Sheldon Adelson is calling it a day.

Sands’ Florida casino lobbyist Nick Iarossi has confirmed Tuesday that Las Vegas Sands Corp has cancelled all consulting contracts for public relations and lobbying to get a destination for a casino and resort in Florida.

A push to bring resort casinos to South Florida is dead for this year’s legislative session and Rep. Dana Young has filed a substitute bill in April, dropping casino proposal for two high-end, high-class convention-and-casino resorts in South Florida, one each in Broward and Miami-Dade counties.

Iarossi also noted that a possible renewal of the gambling compact between the state and the Seminole Tribe for the exclusive rights to offer blackjack in Florida, played a big factor on Sands’ decision.

“As long as the tribe is influencing the gaming landscape, there will never be room for us,” Iarossi said.

Sen. Ellyn Setnor Bogdanoff, who pushed a measure to permit three destination hotel-casinos in South Florida in 2012, said she understands Sand’s decision as legislature keeps failing to pass meaningful legislation overhauling laws and regulations governing gambling, adding, “nobody wants to address a comprehensive approach to gambling in this state. It’s taboo but it still needs to be fixed.”

“No matter who wanted it, they weren’t going to get destination gaming in Florida; it doesn’t matter who you are,” added the Sands’ vice president for government relations Andy Abboud.

The move reportedly came as Sands’ executives scheduled to meet with Georgia legislative leadership on Wednesday about a move to authorize a destination casino in Atlanta.

Georgia is looking to bring in more revenue to increase its budget in the coming years to implement a number of projects that would help in state development especially its educational programs. State gaming officials believe that the casino market will be extremely lucrative for Georgia because there are no racetrack facilities and a complete lack of gambling options available.

Chairman and CEO of Las Vegas-based MGM Resorts International Jim Murren stated that if casinos were to be allowed to operate in Atlanta, MGM would be seriously interested in building a $1 billion mega-casino resort.

Murren did not specify which location MGM would target to build its casino but the Murren added that the company is aware that there could be possible competition from the likes of the Las Vegas Sands Corp and Wynn Resorts.