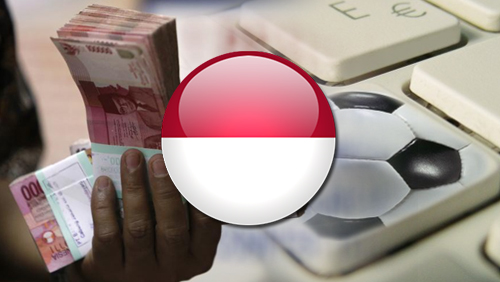 The hunt is on for a man who authorities said is financing an online football gambling operation in Jakarta.

The operation was carried out by a man named Budi, who police arrested in North Jakarta last Aug. 31. Investigators said Budi has been RD’s agent since two years ago.

According to the media outlet, RD gave Budi a capital of IDR 2 billion ($140,352) for the operation, and Budi—acting as middleman—would take the bets he collected from participants to the organizer.

Indonesian authorities have been cracking down hard on the illegal online gambling operations in the country.

In the past month alone, police in Jakarta arrested a total of 24 people who they believed were involved in illegal gambling business in the city, Tempo reported. Officers seized IDR 51 billion ($3.6 million) from the series of raids.

Comr. Sr. Krishna Murti, director of general crimes of the Jakarta Police, told the news outlet that the illegal gambling ring was controlled by a man—with the initials LM—in the Riau province.

Immigration officials said some of the arrested people lacked proper documentation, while others had arrived on tourist visas but had already overstayed their welcome.

ONE CHAMPIONSHIP Returns to Jakarta for ONE: Tribe OF Warriors on 20 February
Press Releases
6 February 2016

Narantungalag Jadambaa Defends One Featherweight World Championship Against Marat Gafurov At ONE: Odyssey Of Champions In Jakarta
Press Releases
26 August 2015
.