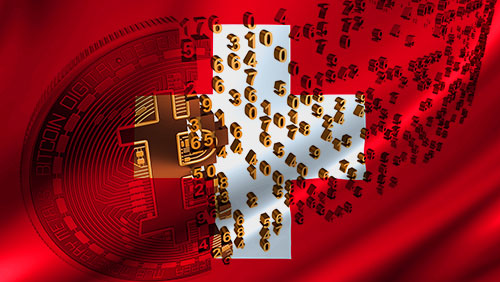 Swiss lawmakers are taking a slow—but sure—approach to regulate digital currencies and fintech in the country.

Eyeing to introduce legislation in 2017, Switzerland’s Federal Department of Finance (FDF) recently outlined its plan, which include a license that is specifically for fintech companies. The FDF is also planning to create a regulatory “sandbox,” or an innovation area, for experimental firms.

The proposed legislation names the Financial Market Supervisory Authority to become the primary regulator of fintech companies operating in Switzerland. FDF said it plans to delve deeper into bitcoin and other digital currencies, as well as other applications for blockchain.

“The new regulation sets out in concrete terms one of the strategic thrusts of the financial market policy recently adopted by the Federal Council,” FDF said in a statement. “The Federal Council has instructed the FDF to draw up a consultation draft with the required legislative amendments by the start of 2017. Moreover, the FDF should conduct additional clarifications in cooperation with the interested authorities on reducing further barriers to market entry for fintech firms, also those outside financial market law (e.g. legal treatment of virtual currencies and assets).”

Meanwhile, Swiss banks have decided to turn down U.S. residents who want to open bank accounts in Switzerland due to the United States’ new regulations that require banks to disclose information of American accounts.

Known for its classified banking, the European country has signed an agreement with the U.S. Treasury to cooperate with the U.S. tax act, but according to a Coin Telegraph report, Swiss banks have decided to stop accepting clients from the U.S. instead of breaking their promise for confidentiality.

U.S. ambassador to Switzerland was quoted by the news outlet saying some banks, including UBS, Credit Suisse and Corner Bank have “put procedures in place” so they can start serving U.S. customers again.

This, however, could be an opportunity for U.S. customers to switch to bitcoin, which are secured compared to traditional banks.