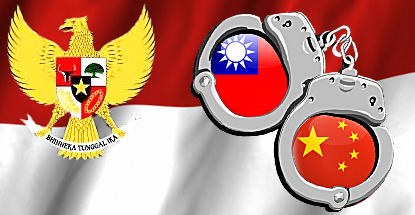 Indonesian authorities have broken up an illegal online gambling ring operating on the island of Bali.

On Friday, the Jakarta Post reported that the Ngurah Rai Immigration Office had detained 48 foreigners suspected of operating an illegal online gambling business out of a villa in Jimbaran, a tourist resort on the island.

Following a raid on Thursday, police detained 35 men and 13 women who hailed from Taiwan and China. Police said some of the suspects had attempted to escape but officers were confident they’d rounded up the entire gang. Some of those detained lacked proper documentation, while others had arrived on tourist visas but had overstayed their welcome.

Police also seized 35 laptops, 27 mobile phones, 59 modems, 85 WiFi routers and other technical tools of the trade. Immigration official Tieldwight Sabru said more investigation was needed to determine the scope of the operation but authorities are “quite sure” the group was accepting wagers from within Indonesia as well as from other countries.

The bust is a variation on a theme witnessed across Asia, specifically, moving to another country to launch an online gambling targeting punters back home. Thailand has been plagued by South Korean ex-pats setting up shop in the country because Thailand’s penalties for illegal online gambling are less severe than South Korea’s.

If nothing else, the world can take solace in the fact that the Bali bust was made up of Chinese citizens and residents of China’s so-called ‘renegade province’ Taiwan. This kind of cross-border cooperation between nations that have routinely threatened to go to war with each other should be commended, not punished.

Perhaps the current border squabble between North Korea and South Korea could be resolved if both countries elected members to run an online gambling joint venture targeting, say, Cambodia. Hard to lob artillery shells at each other when you’re busy setting odds for the next English Premier League weekend.