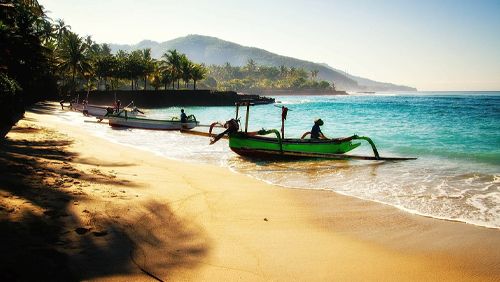 The Indonesian island paradise of Bali is ready to rebuild following the economic destruction caused by the coronavirus pandemic. Relying heavily on tourism to make a living, the island has suffered drastically as a result of the health debacle, but is going to start taking steps toward recovery. If everything goes according to plan, tourists will be able to visit the picturesque beaches and amazing monuments as early as this September.

A government decree, the “New Era of Life Order Protocol,” is going to pave the way for a return of tourism to Bali. It lays out the return of economic activity in phases, and was announced by Bali Governor I Wayan Koster after a public prayer held at the Besakih Hindu temple in Karangasem. Over 1,000 people attended the event, which included the call to the heavens to help restore things to their normal pace.

In the first phase of recovery, which will start July 9, businesses will be allowed to open their doors to locals, with the exception of tourism-based operations. On July 31, domestic tourism will be allowed, as long as phase one goes well, and Indonesians will be able to make their way to Bali for some fun in the sun. After that, on September 11, international tourism will be launched. It hasn’t been made clear if coronavirus testing will be required or if other health measures will be implemented. The governor only stated during Sunday’s ceremony, “I ask all Bali manners to carry out activities in these three stages by applying the New Era of Life Order Protocol in an orderly, disciplined, and with a full sense of responsibility, such as: always wearing a mask/face shield, keeping a distance, not crowding, diligently washing hands, and Clean and Healthy Behavior, as well as maintaining endurance.”

Bali needs its tourism to survive. This past May, hotels saw occupancy of only 2.07%, according to The Bali Sun, down from 62.55% in December. It’s a 51.99% year-on-year drop, and a huge loss of revenue. The governor is desperate to see things return to normal, asserting, “For more than three months we have forbidden people to travel and close their businesses.  This can’t go as the impact on the economy is too great.  People’s lives need to get well again.”

Indonesia has reported 63,749 coronavirus cases and 3,171 deaths in the past four months – Bali has seen 1,849 cases and 20 deaths. As long as strict health measures are implemented, the island’s economy can start to rebound, and things can return to normal. However, if there’s a relapse like what has been seen in other parts of the world, things could get worse before they get better.