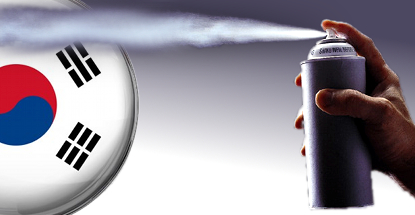 Try as they might, police in Thailand can’t seem to eradicate their country’s infestation of South Korean ex-pats running illegal online gambling sites.

Thailand police have been run ragged attempting to stamp out the hordes of South Korean nationals who decided to spend 2015 in sunny Thailand taking online sports and casino wagers from their countrymen back home. The common justification cited by most of those arrested has been the comparatively lenient punishment that Thai authorities mete out for illegal gambling offenses.

Last week, police and immigration authorities swooped down on three separate residences in Pattaya, arresting 11 South Korean nationals in the process. The three operations, all located in rented luxury houses (one with an indoor swimming pool), were all connected to the same online gambling network.

One operation reportedly handled wagers worth 11m baht (US $316k) in the previous month, while another handled 800k baht ($23k) on the day preceding the raids. In total, police seized 20 computers used for taking wagers.

The 11 Koreans, including one female, told police that they’d been operating in Thailand for four months, periodically moving from city to city in an effort to avoid attracting attention. In addition to less severe punishment, these Koreans reportedly told police that operational costs were also lower in Thailand. (Someone alert Thailand’s Ministry of Tourism and/or Chamber of Commerce, as it seems we have a new marketing slogan.)

On Tuesday, Pattaya police raided another rented house, arresting four individuals, seizing four computers and other record-keeping tools of the trade. This operation had been taking wagers worth 2m baht ($57k) per day for around one month before the whip came down.

In what must have been something of a surprise, the four arrested individuals weren’t Korean but Chinese. However, they too cited Thailand’s relatively lax punishment as the reason they chose to base themselves in the country. Dollars to donuts, some ambitious Thai politician is currently reviewing the laws surrounding illegal gambling as we speak.