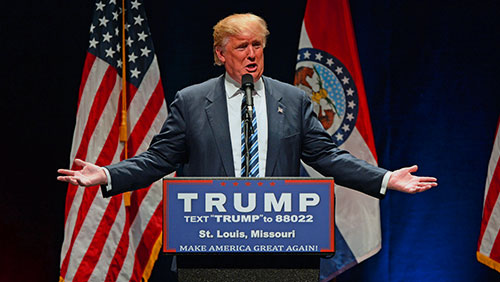 As polls tighten in the final countdown to the 2016 U.S. presidential election, bettors have started to take a flyer on a surprise Donald Trump victory.

Democratic nominee Hillary Clinton has been an early favorite to win on Election Day—so much so that Irish bookmaker even decided to pay close to $1.1 million to those who bet on the former first lady. However, FBI’s announcement last week that they were reviewing Clinton’s emails has caused, among other things, a tightening in the polls and narrowed the gap between Clinton and Trump.

University of Iowa ran a futures market for research and teaching purposes, and saw that Trump’s chances of winning rose from 9 percent 10 days ago to 40 percent on Monday, according to an Agence France Presse report.

Of course, the recent development has resulted in Paddy Power doubting its decision to pay out early. In October, the bookmaker paid some 6,000 British and Irish gamblers who placed their bets on Clinton, noting that the Democrat had an 85.7 percent chance of winning the elections, while Republican nominee Donald Trump’s campaign was already dead with 18.2 percent chances of victory. Now, Paddy Power admitted Trump will “be leaving us with some very expensive egg on our face if he does manage to pull it off.”

At Bodog, the odds of Clinton becoming the next president of the United States at -300, while Trump is now at +200.