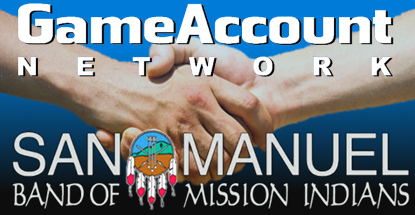 The pact will see GameAccount provide its Simulated Gaming online and mobile offering to San Manuel Digital, the wholly owned interactive division of the San Manuel Band. The tribe operates a brick-and-mortar casino in Highland, east of Los Angeles, and is part of the Amaya Gaming/PokerStars real-money online poker California coalition.

The deal marks the first west coast pact for GameAccount’s free-play product, and CEO Dermot Smurfitt said the tribal casino market remains a 2015 priority for his firm. With California’s legislative path toward real-money online poker trapped in molasses, Smurfitt believes Simulated Gaming is “the right opportunity for all land-based US casino operators seeking to extend their business and patron relationship online.”

San Manuel Digital CEO Matthew Cullen, who formerly headed up social casino outfit RocketPlay, said the Simulated Gaming product will launch this fall and that GameAccount “will not compete online by operating their own B2C social casino.”

Fantasy Springs’ advertising director Mandi Witkower told the Press Enterprise that the Cabazon Band “don’t consider ourselves to be in competition with the big, heavy hitters in the poker world. For us, [the free-play site is] a matter of being ready once it becomes legalized.”