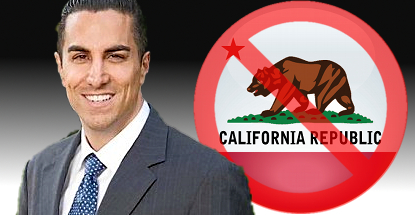 On Thursday, Gatto issued a statement in which he called his decision to cancel “the right thing to do at this point because there is no consensus on the issue yet.” Gatto noted that his bill has been tagged with the ‘urgency’ designation and thus could be “resuscitated” at his whim.

Gatto said that he’d made a promise to the state’s squabbling online poker stakeholders – tribes, cardrooms, horseracing tracks and online poker technology providers – that he “would not move forward with anything” that had yet to obtain this elusive consensus.

As last month’s state senate online poker informational hearing amply demonstrated, stakeholders haven’t budged much from the positions they established years ago. Certain tribes continue to insist that (a) racetracks have no business getting into the poker business and (b) other tribes should not be allowed to partner with ‘bad actors’ like PokerStars.

Gatto’s bill was not friendly to PokerStars, explicitly barring companies that took wagers from US residents following the 2006 passage of the Unlawful Internet Gambling Enforcement Act (UIGEA). Gatto’s AB 9 also barred the use of bad actors’ “tainted assets” (brand, software, database, etc.) even if those assets had been sold to a third party, as Stars was to Canada’s Amaya Gaming last year.

Next Wednesday’s hearing of the Governmental Organization Committee was due to consider both Gatto’s poker bill and Reggie Jones-Sawyer’s AB 167. Jones-Sawyer’s bill contains no such bad actor or tainted assets prohibitions. Assemblyman Adam Gray’s AB 431 remains the bill to watch, though, even though it’s a simple legislative vehicle utterly devoid of specifics and intended only to keep the state’s feuding Hatfields & McCoys at the bargaining table.

If nothing else, we should be grateful to Gatto for sparing us a repeat of last week’s four-and-a-half-hour senate snoozefest, which was largely a word-for-word retread of April 2014’s five-hour hearing. At this rate, poker hearings should be down to a manageable hour or two by 2020. Progress!