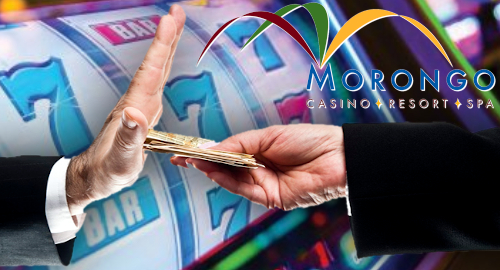 Cashless gaming is coming to a California tribal casino, while the state’s cardroom operators are pleading to be allowed to reopen after their latest pandemic lockdown.

This week, the Morongo Band of Mission Indians’ Morongo Casino, Resort & Spa in Cabazon announced plans to introduce cashless markers for its slot and video poker machine customers. The new system, which the casino expects to launch early next year, will mark a first for both a US tribal casino operator and a California gaming venue.

The Marker Trax system developed by Nevada’s Marker Trax LLC will utilize Konami Gaming’s SYNKROS casino management system, and aims to have Morongo gamblers apply, register and start cashless gaming within a five-minute period. The system was field-tested this summer in Las Vegas at the off-Strip Ellis Island Casino.

Marker Trax employs a PIN-protected app that allows customers to digitally fund their account through – in this case – the Morongo venue’s membership rewards program. In exchange for offering their customers a friction-free approach to funding game play, the venue will enjoy access to customers’ data analytics and marker tracking.

Morongo COO Richard St. Jean told CDC Gaming Reports that the casino began thinking about cashless gaming “over a year ago” in the belief that the industry was “close to going completely cashless in the next five years.” The system will be trialed with the Morongo’s high-volume slots jockeys in order to provide the casino with a full understanding of how the process works.

The American Gaming Association (AGA) casino lobby formally endorsed cashless gaming for its members this summer and rival systems are currently being trialed across the country. The cashless shift got a major boost from COVID-19 as operators looked for ways to reduce interactions between customers and staff.

We’d be remiss if we didn’t point out that new payment technologies such as Bitcoin SV offer operators not only reduced friction and reduced costs but also significant data insights. The most recent CoinGeek Conference featured a panel on cashless gaming – both land-based and online – that will prove well worth your time.

The cardrooms had only just reopened in October after being ordered to close for the second time in June, a mere 10 days after they were allowed to reopen on a limited basis following the original March shutdown order. Unlike tribal casinos, which are run by sovereign nations, cardrooms have no choice but to follow the state’s medical orders.

While the shutdown is hurting cardroom operators, the communities that host them – and rely heavily on gambling tax revenue – are also pleading for relief. The local governments that host the Bicycle Hotel & Casino, Commerce Casino and Hawaiian Gardens Casino – which are all in the state’s most severe ‘purple’ pandemic tier – say they have no idea how they’ll replace funding lost through nearly a full year of cardroom inactivity.

Some cardrooms responded to the original lockdown by setting up outdoor operations under large tents, while also expunging poker from their offering due to the inability to socially distance. California’s public health agency was forced to rush out guidance to ensure these outdoor operations didn’t contravene medical protocols.

It’s these outdoor operations – which some operators paid millions to set up – that were ordered to close on Monday, shutting off the revenue flowing to both operators and civic officials. Some city managers have warned that they will have to shut operations until the cardrooms are back open and the cash begins to flow again.

The cardroom industry may have itself to thank/blame for its current predicament, as its shocking record of regulatory non-compliance of the past five years or so likely didn’t earn it any wiggle room with the state.