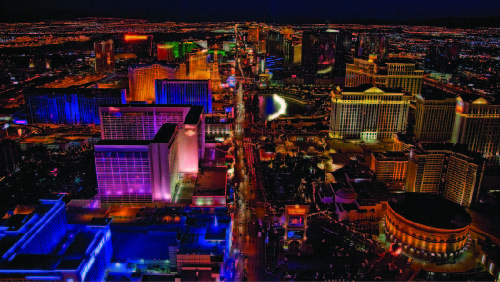 They say that cash is king, but it may not be for very much longer. There has been a certain amount of debate on the pros and cons of using cash during the coronavirus pandemic and, while the conclusion has been that there are no health risks involved in passing bills between people, this hasn’t stopped efforts to push for a cashless society. Some people balk at the idea, but the wheels are already in motion and the live gaming industry, in particular, seems to be more than willing to embrace the idea. Several initiatives have already begun to replace cash with digital alternatives, and a new product being rolled out by gaming equipment supplier Konami Gaming will only cause the wheels to turn a little faster.

Konami Gaming is a subsidiary of Konami Holdings Corp. out of Japan and has been busy innovating the gaming ecosystem. Its latest solution is the development of a digital slot marker that can be issued to gamblers and be controlled by the casino. Using nothing more than an app, casino patrons can apply for casino credit, receive approval and begin gambling in as little as five minutes, without any need to stand in lines, use ATMs or exchange cash for casino tokens.

The system is currently being tested at Ellis Island Casino, hotel and Brewery just off the Las Vegas Strip, according to Konami. It uses Konami’s Synkros casino management system that is equipped with its Marker Trax product to handle the application for and delivery of the credit. The company adds, “Rather than receiving physical cash for a casino marker, guests enrolled in a PIN-protected SYNKROS cashless wagering account can use their Marker Trax slot credit line to play electronically on any slot machine on the property. The integration of Marker Trax with SYNRKOS enables Ellis Island Casino to seamlessly issue, record, manage, and track these cashless credit lines, for optimal collections and Anti-Money Laundering (AML) compliance.”

The U.S. casino industry has been pushing for cashless operations more than any other and its voice is being heard. Overall, more than 60% of surveyed gamblers who visit retail casinos have indicated that they would support a cashless alternative, and this is only fueling efforts to reduce reliance on physical money and casino tokens. Within five years, the retail casino landscape will most likely appear a lot different than what is seen today.

The trials being conducted at Ellis Island are finding support, according to comments made by several people participating in the program. D’Ante Garner, a member of the casino’s Passport Players Club, asserts, “Using the Marker Trax system at Ellis Island is a very easy way to play and allows me to never have to withdraw at an ATM machine. It’s a unique and convenient way of gaming and I believe it’s the future.”

His take is supported by another gambler at the venue, Jeanette Disbrow, who adds, “Marker Trax is changing the face of gaming. It’s a safe and easy alternative for slot players to enjoy, rather than having to use an ATM. It’s the kind of innovation that’s been needed in gaming for years.”

Yet another, Gev Danielian, is more than happy to embrace the future. He explains, “The ability to be able to walk into a casino after work without having to stop by an ATM or having to go home and pick up cash has been a game changer for me when it comes to me enjoying my time.”