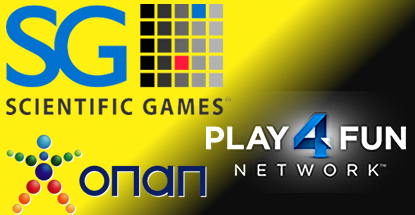 The deal will see SGMS’ Williams Interactive division launch a branded version of its Play4Fun Network via online and mobile for the casino by mid-2015. Fantasy Springs guests will gain access to a variety of social casino content, including titles from SGMS’ Bailly, Barcrest, Shuffle Master and WMS divisions.

SGMS VP of commercial Bob Hays said Fantasy Springs’ players “will enjoy the slots and table games content in our white-label social casino platform just as they do across the casino gaming floor.” Fantasy Springs GM Paul Ryan said the deal was “an easy way to deepen our relationship with current players, while providing a differentiated offering targeting new additions to our loyalty database.”

Across the pond, SGMS is celebrating the first year of instant game sales with Santa Casa da Misericordia de Lisboa (SCML), the operator of the Portuguese State Lottery. SGMS inked a two-year pact with SCML last February that expanded the parties’ decade-old relationship to include instant game sales. On Wednesday, SGMS announced that 2014 instant game sales had risen 18% year-on-year under its watch. The trend has accelerated in 2015, with instant game sales up 35%.

Moving southeast, SGMS is celebrating the signing of a ten-year licensing deal with Greek gaming operator OPAP. The deal will see SGMS supply OPAP with 5k video lottery terminals (VLT), with deployment set to start this spring and all 5k units to be up and running by the end of 2015. SGMS is one of four suppliers helping OPAP with its 16,500-unit VLT rollout. Italian technology supplier GTECH has been selected as OPAP’s central information system provider. The two other firms have yet to be identified.