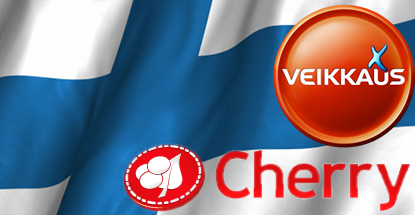 Veikkaus, which holds a monopoly on lottery sales in Finland, generated total sales of €1.95b in 2014, up 5.4% from 2013’s total. Profit rose 3% to €520.4m but the operator warned that slowing consumer demand amidst an ongoing economic downturn could put a damper on future results.

Over half of Veikkaus’ 2014 sales came via its three most popular games – Lotto, Keno and sports betting products, with the latter enjoying a boost thanks to last year’s FIFA World Cup. Lotto sales fell 10% to €431m based on fewer rolled-over mega-jackpots while keno revenue grew 2.8% to €394m. Sports games sales grew 5.9% to €428m, of which €217m came via fixed-odds betting.

Veikkaus’ digital operations accounted for 40.3% of overall sales, up four points from 2013, as weekly visits to Veikkaus’ website improved by 7% to 413k. Mobile devices accounted for around 15% of total digital sales.

Things were less rosy at Veikkaus’ 3,810 retail points of sale, where turnover fell 1% to €1.17b. That decline could accelerate following an announcement in June by the National Police Board that its reading of the Lotteries Act meant Veikkaus wasn’t allowed to use images or video displays to promote products at its retail terminals.

Veikkaus has protested this interpretation, warning that it could result in the loss of tens of millions of euros in future sales. Veikkaus noted that it had already restricted its retail advertising to its Lotto and Eurojackpot draw ticket products but police have warned that Veikkaus could face fines of €200k for continuing to promote its products by these visual means.

Cherry expects the acquisition will steer an additional 10k new depositing customers to Cherry’s online brands over the next three years. Cherry believes this influx will boost annual earnings by over €600k, putting the deal on track to turn a profit in year three. Cherry CEO Fredik Burvall said he’d been “very pleased with the performance of Game Lounge so far, and this acquisition will increase volumes at a much lower cost, both for Cherry’s current brand and upcoming white labels.”