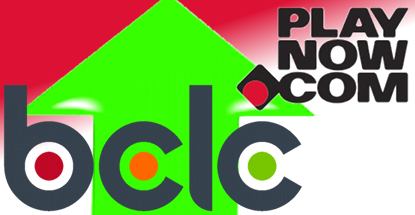 The provincial gaming monopoly issued its annual report last week, showing its fiscal 2014-15 profit hit a record $1.25b, 6.8% higher than the previous year, on revenue of $2.9b derived from lotteries, casinos, bingo and eGaming.

BCLC reported that its net win per capita rate was $482, around $28 higher than its target, largely as a result of its thriving VIP business. The high-roller gambling business in BC casinos enjoyed an “exceptional performance” during the fiscal year, helping to offset lower lottery sales. Overall casino table game revenue rose nearly 23% to $555.1m.

However, BCLC warned that its reliance on high-rollers – most of whom are Asian tourists – is dangerous. BCLC says these VIPs could choose to patronize casinos in other jurisdictions or simply find other ways to blow their discretionary cash.

More to the point, BCLC pays higher commission on VIP casino revenue than on lottery revenue, which has negatively affected its comprehensive costs ratio. BCLC met its target ratio this year, but acknowledged that its casino and lottery markets are “mature and facing market saturation.”

BCLC’s online gambling site PlayNow.com – which also supplies a platform to its counterpart in Manitoba – generated revenue of $109.1m, a year-on-year gain of nearly 20%. PlayNow’s ranks of registered customers has risen to 360k and the year saw the launch of 19 new mobile casino and poker games for smartphone and tablet users.

The fiscal year also saw BCLC introduce prop betting for its OpenBet-powered online sports betting product and launched its first live venue sportsbook as a pilot project at the Starlight Casino in New Westminster. Sadly, BCLC – like all Canadian betting monopolies – is limited to parlay sports bets wagers due to the recent failure of the C-290 single-game sports betting bill. BCLC’s report offered no comment on this latest disappointment.

BCLC said its customer satisfaction rate was 78% last year, below its 83% target. Part of the plan to boost this rate is ensuring that Playnow.com mobile users “have an experience that is optimized for their device.”

BCLC endured turnover of 24.7% of its workforce –more than 10 points higher than its target – in the fiscal year, and the report says “attracting and retaining employees has been challenging.” BCLC initiated a controversial voluntary termination program last year that was designed to save the company money, but ended up as a cost drain when the over-generous terms attracted a higher than expected participation rate.