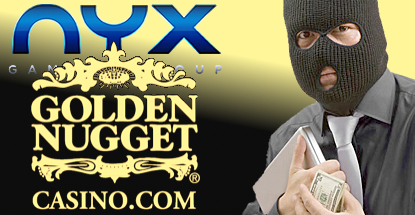 The deal means NYX now has a presence with half of the state’s licensed online gambling operators. NYX CEO Matt Davey said his firm was “delighted” to bolster its New Jersey presence while Golden Nugget VP of Online Gaming Thomas Winter said NYX had “impressed us with their world-class gaming technology, open content approach and proven commitment to invest in the market.”

The hacker reportedly began targeting the websites last Thursday and the attacks continued through the holiday weekend. Division of Gaming Enforcement (DGE) boss David Rebuck said “at least four” sites experienced an initial wave of data flooding their sites that lasted approximately half an hour.

The attacks were followed by warnings of more sustained and powerful attacks unless the sites provided the hacker with an unspecified amount of the Bitcoin virtual currency. Rebuck said businesses in Atlantic City that shared internet servers with the affected sites were collateral damage in the attacks.

The authorities didn’t identify the targeted sites, but the hacker is reportedly a “known actor” with a history of such ransom demands. Rebuck said the person believed to be behind the attacks had “done this before.” The DGE, state police, the FBI and Homeland Security are all investigating the incidents.